The preparations of Itikaf City have entered last sage and thousands of men and women have got themselves registered in this regard. Separate arrangements have been made for women. Jawad Hamid, Secretary of the Itikaf Management Committee said while talking to the journalists after inspecting the arrangements of the Itikaf City in Township Lahore yesterday that Shaykh-ul-Islam Dr Muhammad Tahir-ul-Qadri would deliver his speeches on the Holy Quran and spiritualism from abroad through video conferencing, which will be telecast live on minhaj.tv.

He said that special arrangements have been made in view of summer season and possibility of rains and around 50 sub-committees have been working to provide maximum facilities to the residents of the Itikaf City. He said that two phases of registration have been completed throughout the country, while the third phase would come to end on Wednesday. He further said that 1000 youths and students of MSM and MYL would particularly be deputed to maintain security.

Jawad Hamid said that Itikaf City under MQI enjoys its special distinction throughout the world. He further said that special training course has been designed with special focus on character-building and awareness of human rights. 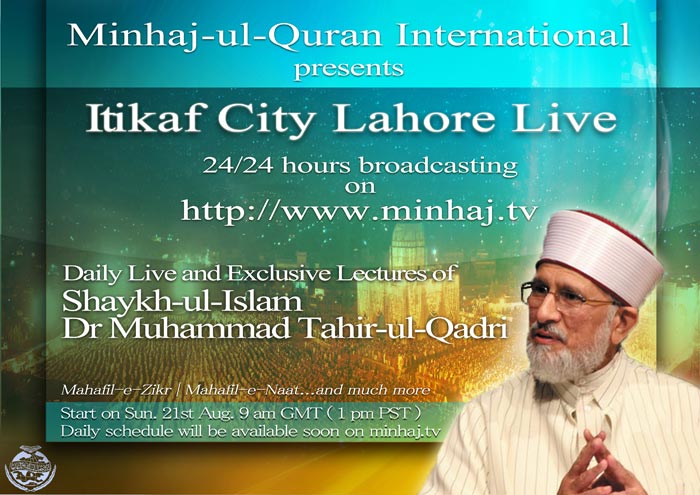