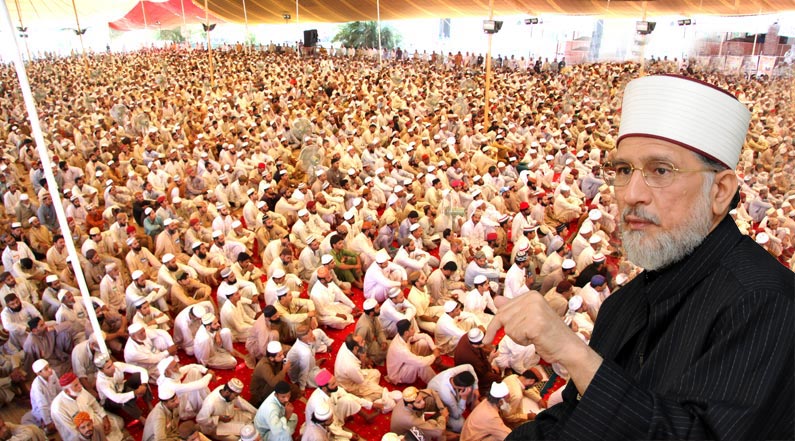 Shaykh-ul-Islam Dr Muhammad Tahir-ul-Qadri addressed the thousands of participants of the Itikaf City on August 10 (21st of Ramadan) after Fajr prayer. He delivered his address from London, UK, through video conferencing, which was telecast live around the world on Minhaj TV. The subject of the first address was ‘intention.’

Dr Muhammad Tahir-ul-Qadri said that Islamic law emphasizes the role of intention as a basis of human actions and worships and no action can become pious unless it is founded on good and pious intention. The Holy Quran, he said, clearly states that if one wants to perform one’s actions, one should do them with sincerity and pious intention. 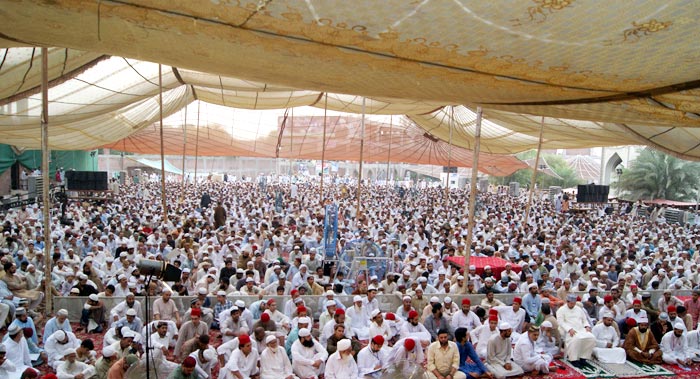 He said that Sura Al-Ma’oon presents the comprehensive concept of intention in detail according to which prayer would lead those people to hell whose intention was ill founded and who would offer prayer for the sake of pretension and boasting. Only that prayer would lead the worshipper to paradise, which was based on pious intention.

Referring to Hadith of Sahih Bokhari, he said that no act can acquire the status of sanctity unless it is informed by pious intention, for the acceptance of actions depend upon intentions. 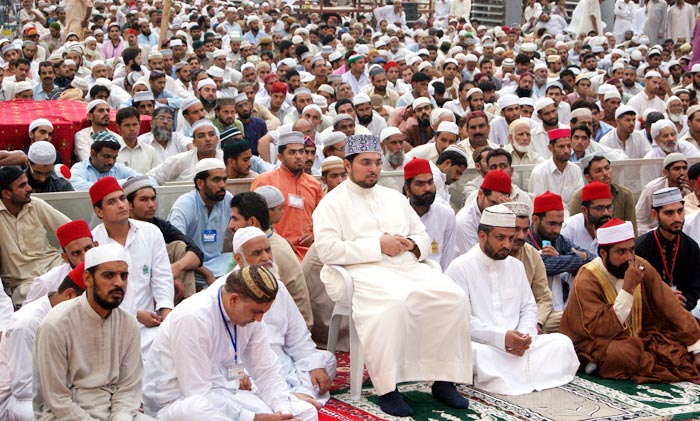 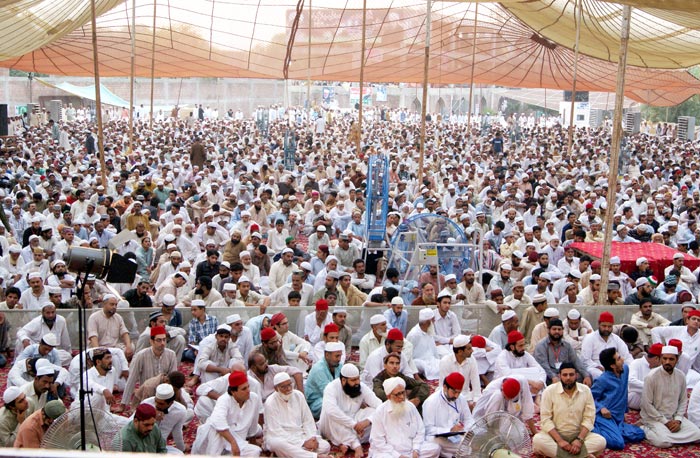 Dr Muhammad Tahir-ul-Qadri said that if we understand the concept of intention correctly and employ it in our lives, every moment of our life would become worship. He gave the example of food which we eat daily, adding that if one has the intention that food one consumed would provide energy and vitality to worship our Lord, then the act of taking food would become pious. He then referred to sleeping of the pious people, saying that their act of sleeping is a blessed act as they go to sleep with a view to getting up fresh to worship their Creator and Lord. 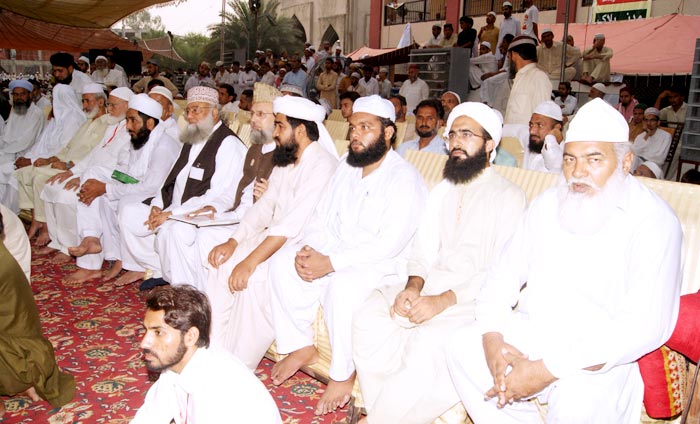 He said that the intention of doing even seemingly pious deeds for sake of ostentation and show-off would be instrumental in leading the people to hell. A soldier who dies fighting but his intention is to earn Renown and worldly rewards or a religious scholar who speaks and writes to win people’s applause and fame would go to hell. Allah Almighty says when His servant would empty his heart of any greed and Perform acts only for His sake, he would get whatever he wills. This conduct would make him closer to God. 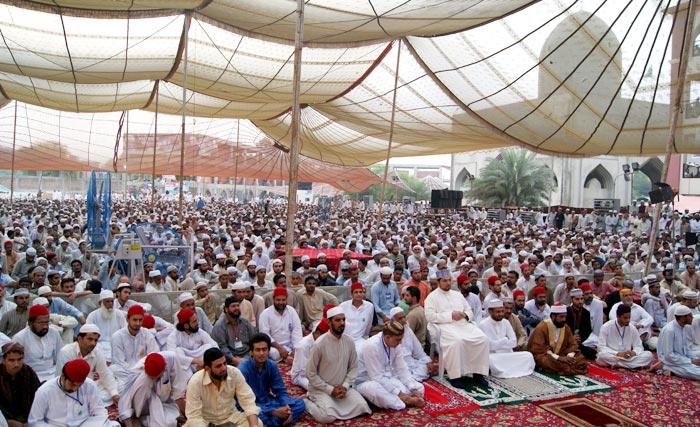 Dr Muhammad Tahir-ul-Qadri said that two factors i.e. one external and other internal undermined pious intention. Externally Satan and internally ill commanding self create suspicions, doubts in the minds of worshipers and make one think big of one’s acts. They change our thoughts and intentions. The Holy Quran has also mentioned this fact that Satan creates suspicions in the minds and hearts of man thereby depriving him of the passion to strengthen his relation with his Lord. The purpose of Satan is to take his victims to hell. 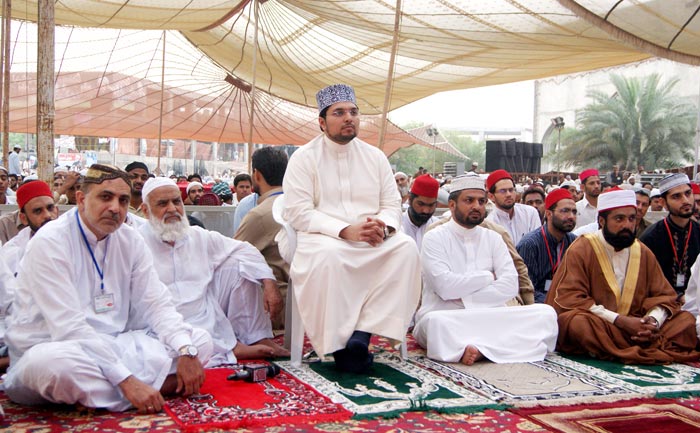 Shaykh-ul-Islam quoted an incident wherein a pious man or Friend of Allah Almighty was sleeping. Suddenly, the nearby wall started cracking and before it could come crashing down, Satan appeared in human form, awoke the sleeping person and made him aware of the danger. When the pious man got away, the wall fell down. He then asked Satan as to who he was and why he saved his life. Satan told him about his identity, saying that had he not waken up him, he would have been martyred. He said that he could not stop him from doing pious deeds but did not like him to be placed at respectable pedestal of martyrdom. 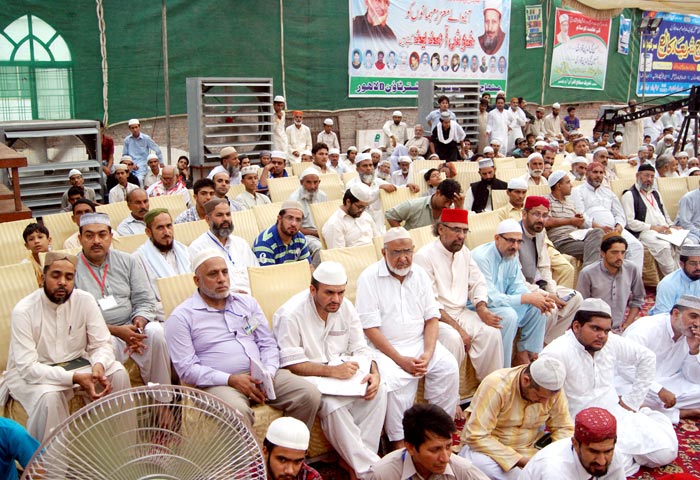 Dr Muhammad Tahir-ul-Qadri said that one can have a number of intentions while doing a pious deed. He said that the first intention one could have can be to attend Itikaf. Whichever mosque one goes to, to offer one’s prayers throughout the year, if one also makes a vow of Itikaf that the purpose of his going to mosque is to communicate to his Lord in solitude, he would be blessed. He said that the more one continues to purify one’s intention, the closer one continues to get to Allah Almighty.

He said that Allah Almighty is closer to man than his jugular vein and it is only us who have drifted away from Him due to lack of pious intentions. Our Creator is so close to us that He listens to us when we speak, grants our prayers and supports us when we seek His support. It is only when He calls us, we are founding wanting.

Dr Muhammad Tahir-ul-Qadri said that evil and mischief have spread in our society and our lives have become hollow because there is a problem with our intention. He said that if we wanted to bring about abiding change in Pakistan, we would have to start afresh with our intentions in the right place. The same is the case with the Muslim community.