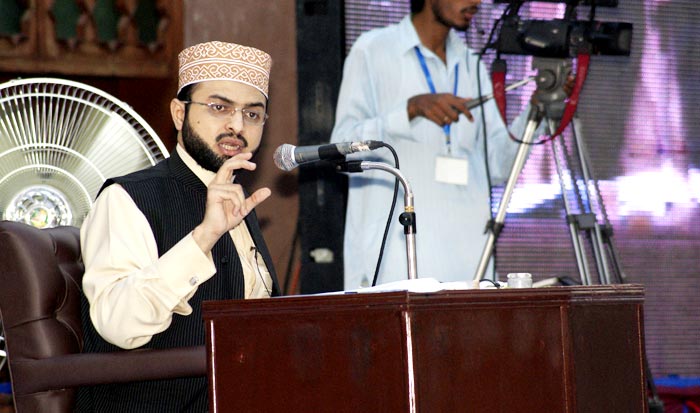 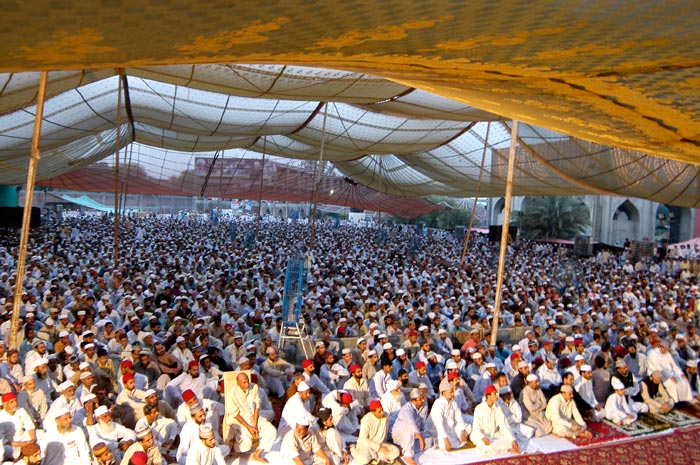 On August 11 after Asr prayer, Dr Hassan Mohi-ud-Din Qadri, President of MQI’s Supreme Council, addressed the thousands of participants of Itikaf City on the subject entitled philosophy of unity and collectivity and our life, which was shown around the world by Minhaj TV.

Dr Hassan Mohi-ud-Din Qadri said that philosophy of oneness and unity deals with the origins of man. He said that the way man’s beginning was defective and temporary; his end is equally defective at the same time. He said that unity underlined the advent of the universe, in the same way when it would converge on unity after passing through its climax phase. 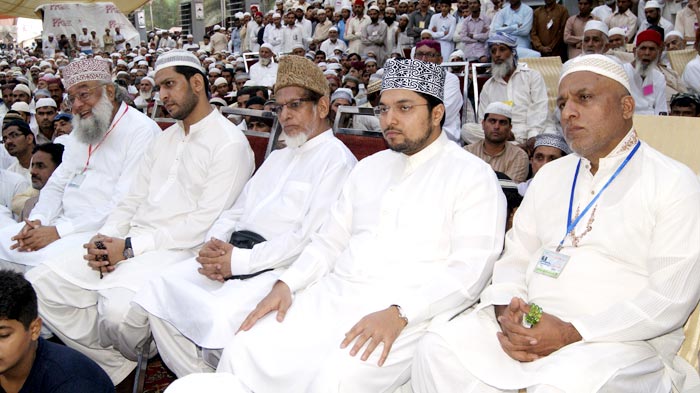 He said that the out of four ingredients of philosophy of creation, the first ingredient is that the process of creation of universe started off with a primary single mass. The Quranic concept is that the upper and lower portions of universe (havens and earth) were both intertwined like a unique mass. At last, this creative mass was dissolved into different independent parts.

He said that science holds that when this unit was intertwined, it was just one part and the Prophet’s Light marshaled it into a collectivity. He said that Newton spelled out a theory before 1915 that the universe was stagnant, a view which was later on rejected by Ian Stein. He said that different theories about cosmic beginning were mooted and rejected but the unit, which gave birth to universe, was a philosophy hidden in the teachings of the holy Prophet (S.A.W.). 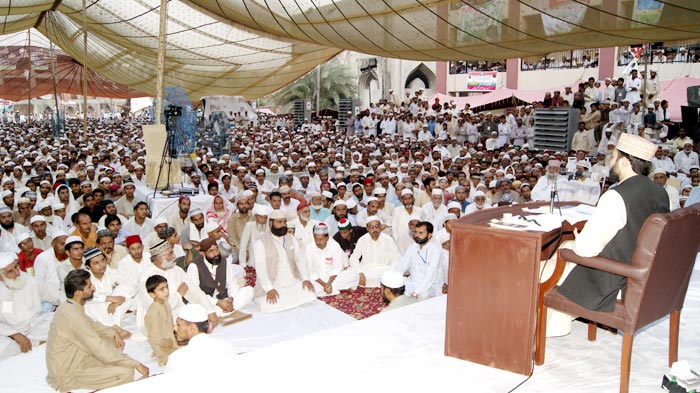 Dr Hassan Mohi-ud-Din Qadri said that Allah Almighty divided haven into seven regions and created seven earthly layers. Allah Almighty developed and expanded universe the way he wanted. After creation of earth, Allah installed mountains on it lest it should move and waver. He then said that as long as mountains continued to provide critical balance to earth, it would stay intact in perfect shape.

Hassan Mohi-ud-Din Qadri said that in the same way, there is a human body with heart as central organ in it. As long as heart would continue to beat, human body would continue to function and stay healthy. The moment heart beat would cease, it would lead to demise of body. He termed this as philosophy of unity. He quoted a verse of Allama Iqbal to support his thesis. 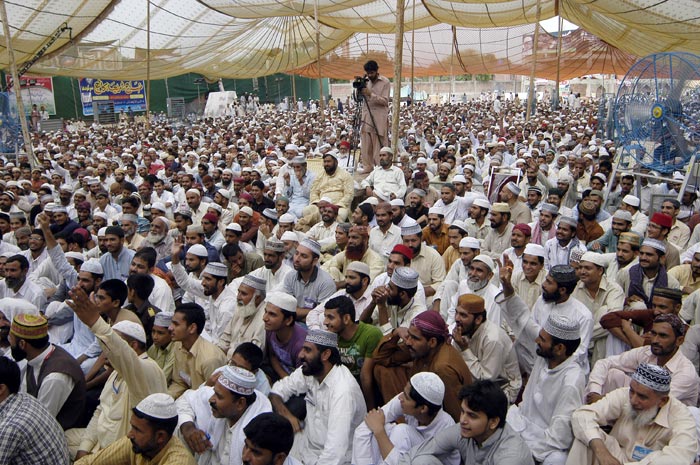 He said that the way universe came into being in the form of unity; it would end in a complete unity. Throwing light on biological process of man’s creation, he said that Allah Almighty created man out of chemical substance, converted it into semen, kept it into mother’s womb and then created him in the form of a human being. He said that He created man in such a beautiful shape that no one ponders over his creation process after seeing him. He said that this was all due to the Holy Prophet (S.A.W.) being sent as the Last Prophet. 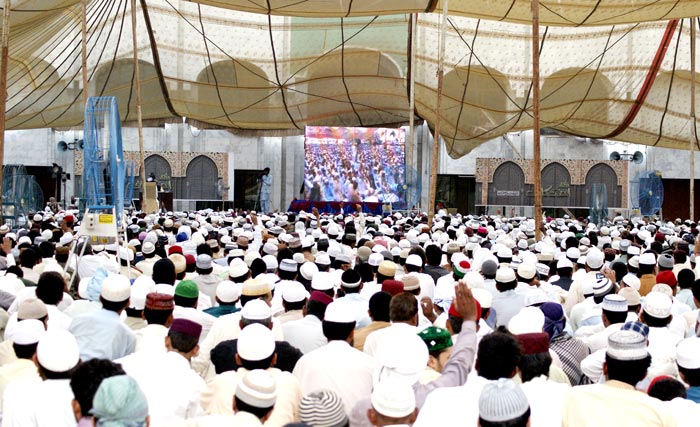 Dr Hassan Mohi-ud-Din Qadri said that when a child is born, he starts weeping, pleading with his Lord as to why He sent him into collectivity from unity in which he was previously living in complete happiness. He regrets the blessings incurred by a state of unity. Then the child becomes dependent upon his parents for meeting of his needs. He said that the day when one develops dependency on anyone, it should be understood that one has become part of collectivity. He said that dependency marks collective living, while unity was all about equality. 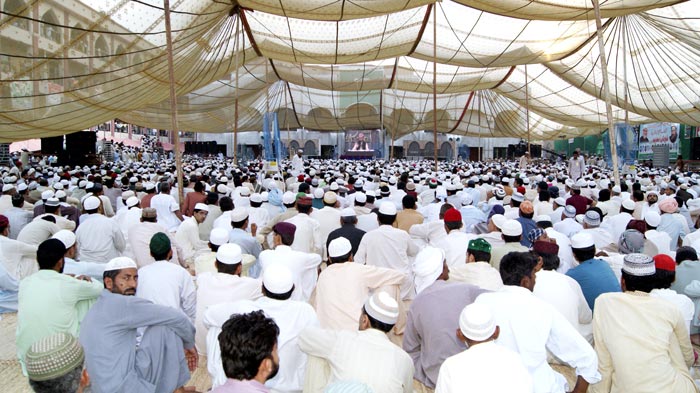 Dr Hassan said that Allah Almighty chose heart for His expression and ordained the Holy Prophet (S.A.W.) to offer prayers in the darkness and solitude of night. The idea was that one should fulfill rights of human beings through physical exertion during day and when night falls one should isolate oneself from the humdrum routine of life and set about winning the pleasure of Lord through reality of heart. 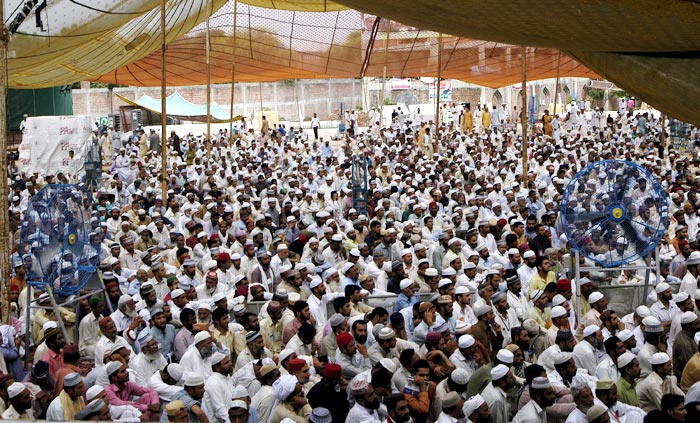