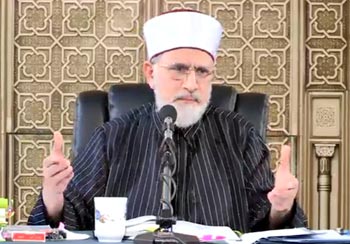 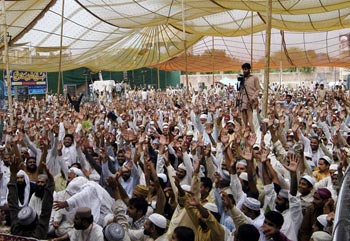 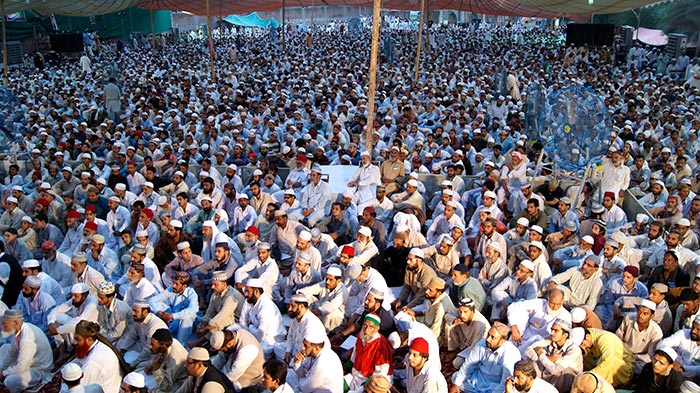 August 12 (the 22nd of Ramadan) was the third day in the Itikaf City where thousands of participants from across Pakistan as well as overseas remained busy in different religious activities, scheduled for them during the last ten days of the holy month. The chief highlight of the day was the live lecture of Shaykh-ul-Islam Dr Muhammad Tahir-ul-Qadri, which he delivered from London, UK, through video conferencing. Minhaj TV telecast the speech around the world for the benefit of millions of viewers who are indirect participants of the Itikaf City, the largest Itikaf gathering after the one held at Two Holy Mosques in Kingdom of Saudi Arabia.

On the third day too, Dr Muhammad Tahir-ul-Qadri continued his scholarly discourse on the subject of intention. He said that an intention can be at heart of many deeds, thus leading the worshipper to amass uncountable spiritual rewards of his actions. He said that a purer and sincere intention, free of worldly greed, bias, jealousy, and vested interest and underpinned by love of Allah Almighty, can be instrumental in earning spiritual rewards at a massive level. 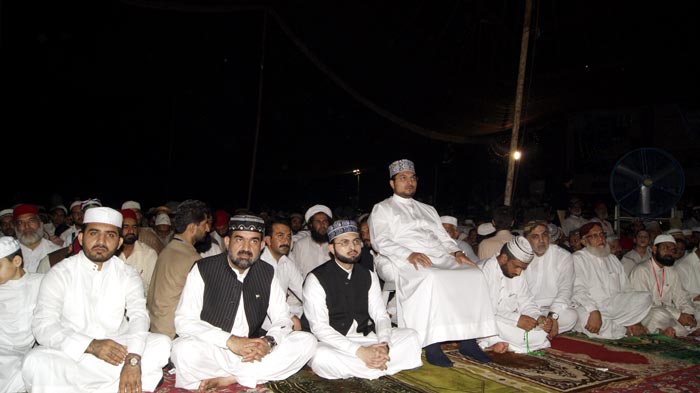 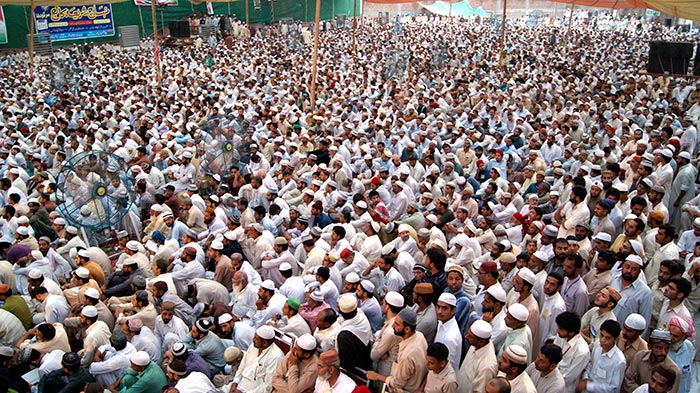 He said that if one forms other intentions at the time of attending Itikaf, it leads to gather more rewards and blessings for free for other pious deeds. He said that these are different ways through which Allah Almighty would forgive His subjects, courtesy their intention. Pointing to the destructive power of backbiting, he said that this and other such social evils as malice and jealousy etc burn down the mountains of our pious deeds within no time. He asked people to concentrate on their own shortcomings instead of choosing to make others’ the subject of their innuendo, criticism and bad mouthing. 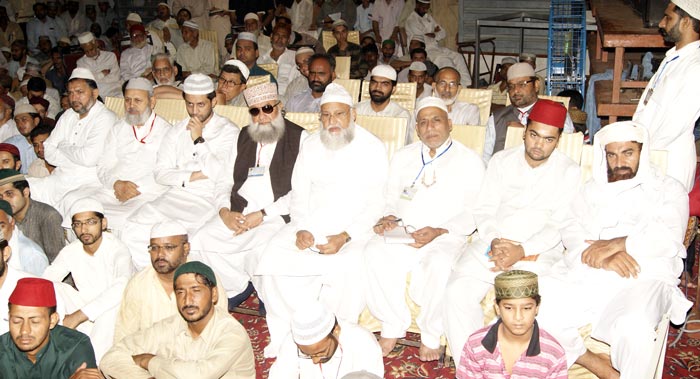 Referring to Hadith, Shaykh-ul-Islam said that the Holy Prophet (S.A.W.) said that giving up on the habit of backbiting was a superior act to that of 1000 optional prayers. He said that religion sought to enlighten both our inner and outer aspects of personality but we have been turning a blind eye to it.

Alluding to prevalent practices, Dr Muhammad Tahir-ul-Qadri said that certain religious scholars were misusing Islam for their vested interests with a view to enriching themselves monetarily. In return for a request for a meeting with them, they have been charging people hugely, an act which he said deserved to condemned for being against the spirit of Islam and demands of being its torchbearers. He said that given reprehensible practices of this breed of religious scholars, it was hard to differentiate between them and professional singers who charged people for delivery of their singing services. He said that this trend was more endemic within the Sunni school of thought where Qaris and Naat Khawans had put a price tag on their services. He drew people’s attention to the unrivalled contributions made by Imam Azam, Imam Shaafai, Imam Abu Tai, Ghous-ul-Azam and many others and asked people to learn from their blessed lives. He said that shenanigans of the present-day so-called religious scholars with a particular mindset had disappointed the young generation causing their estrangement from religion and its teachings. 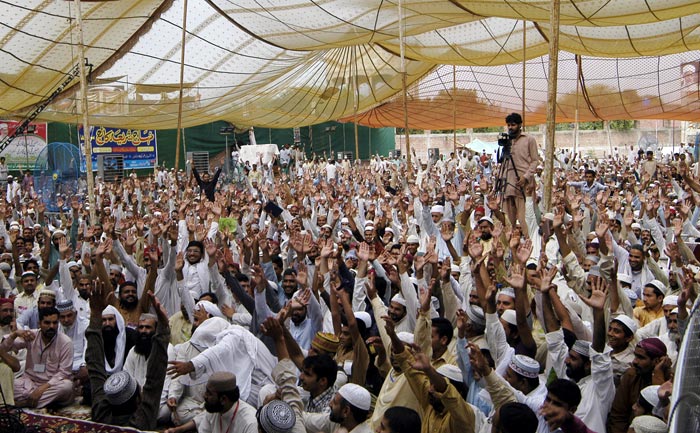 Dr Muhammad Tahir-ul-Qadri said that the Pakistani society had become so immune to and so distantly detached from daily acts of killing, violence, lawlessness, riots etc that they did not move unless any of their personal interests was hurt. Personal loss makes people feel pain, while they keep a studied silence on the travails of their fellow countrymen. He said that the outcome of our actions was appearing in the form of torments and anguish. He said that the Pakistani society was characterized by a certain level of passivity over gross violation of human rights. People have become so accustomed to display of inhuman behaviour on daily basis that they have lost the urge to rise against excesses, and human rights violations.

Shaykh-ul-Islam said that terrorism, lawlessness, load-shedding, rampant injustice, lack of basic necessities of life, expanding chaos and disorder were all forms of torments the nation has accepted without any complaint. He bemoaned the fact that inaction and passivity were hallmark of our national existence. The 60% of middle class, who were actually bearing the brunt of these events, were equally mum with little questions asked over the prevailing state of affairs.

Dr Muhammad Tahir-ul-Qadri stated that Pakistani version of democracy was nothing but a fraud and a farce, which was equivalent of hooliganism, culture of winning horses, duress and electoral manipulations. He said that the process of elections was so costly that none of competent people be he from fields of media, science, academia, economics and middle class, could ever think of contesting elections leave alone winning it. He said that the nation continues to wait for a messiah but ends up voting the same breed of corrupt politicians back into positions of power. If this pattern continues, then torment and crises were the ultimate result we should be ready to face. 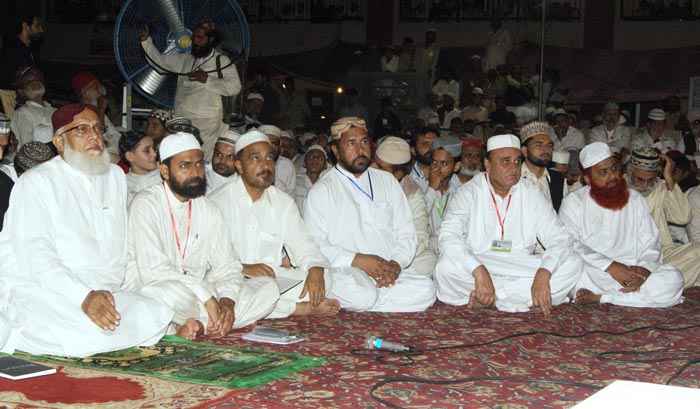 Shaykh-ul-Islam asked people to beware of their real enemies. He said that none of political parties was the enemy of people. It was in fact electoral system, which was responsible for concentrating economic and political power in the hands of the 1% powerful elite who look after their own interests to the detriment of interests of millions of their countrymen. He asked the people to rise peacefully against the prevalent system. He said that in spite of these grave issues, if our people still remain unmoved and do not stand up to be counted, then these torments are our destiny. Dr Muhammad Tahir-ul-Qadri said that the day when nation would get ready to change the oppressive system, they would find him among themselves. 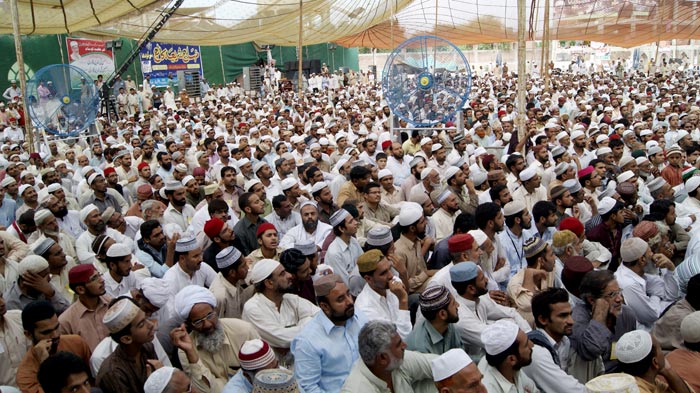 Shaykh-ul-Islam told the workers that he was coming to Pakistan on November 4 this year and asked them to come in their hundreds of thousands not to extend him any welcome but to make their presence felt for a starting point of peaceful change. He asked them to take out as many people as they could to welcome and foster change in the country. He said that if people stood up and said yes to his call, a new Pakistan could emerge from the process.