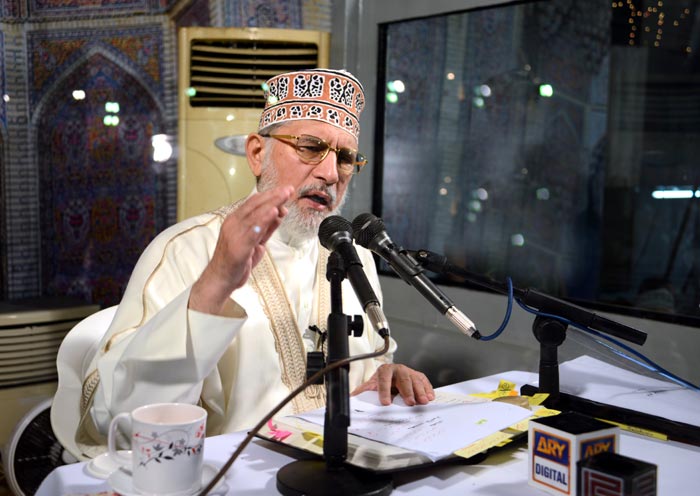 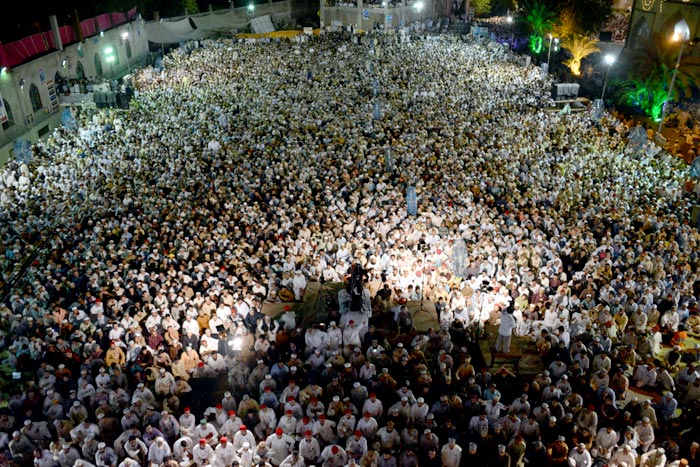 The annual International Spiritual Gathering was held on August 5 in Itikaf City 2013 in Township area of Lahore under the banner of Minhaj-ul-Quran International. The Spiritual Gathering, which has become one of mega events of MQI, drew hundreds of thousands of men and women from across the country. The caravans of people started arriving since morning on the 26th of Ramadan. Dr Hassan Mohi-ud-Din Qadri, Dr Hussain Mohi-ud-Din Qadri, Faiz-ur-Rehman Durrani, Shikh Zahid Fayyaz, Dr Raheeq Abbasi, and dozens of renowned religious scholars and Mashaykh attended the programme.

Shaykh-ul-Islam Dr Muhammad Tahir-ul-Qadri chose the topic of ‘truthfulness’ for his keynote address on the blessed occasion of Layla-tul-Qadr. He has said that a society the dominant majority of which abandon the way of Allah Almighty and do not resort to offering penance out of repentance and regret, invites Allah’s wrath and torment. Poverty, dearness, load shedding, terrorism, violence, lack of respect for blood relations, the installation of corrupt and characterless rulers on masses and lack of sensitization against oppressive, exploitative and corrupt system are forms of Allah’s torment. We need to think as to how many people there are amongst the millions who bow their heads in prostration before their Lord in the darkness of night and who shed tears to seek forgiveness of God. How many youth there are among us whose youths are pious and pure. Regrettably, we have been bogged down in the marsh of sins up to our necks and are oblivious to a sense of loss. 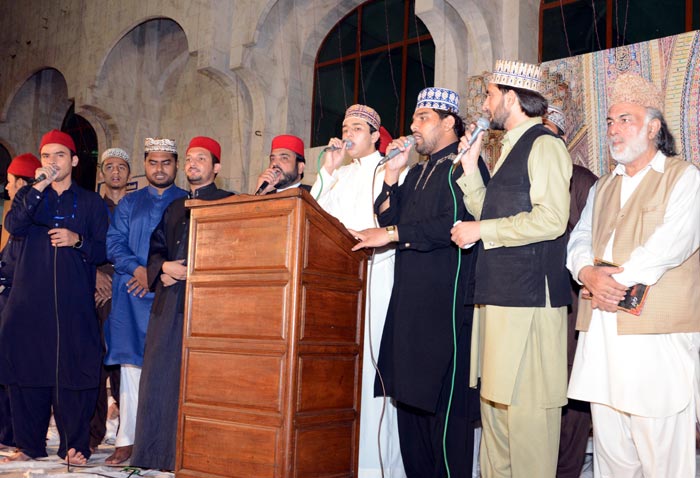 Dr Tahir-ul-Qadri said that a vast majority of the society was hankering after materialism and worldly pursuits. We have become slaves of the world, while the Friends of Allah would spend their nights in remembrance of Allah Almighty and days in service of humanity irrespective of any discrimination. Our society has become deprived of personalities like Fuzail Ibne Ayaz, Ibrahim bin Adham, Data Ali Hajveri and Moin-ud-Din Chishti Ajmeri. Those desirous of Allah Almighty are few and far between. He who forgets Allah during his worldly life becomes deserving of Allah’s torment. Allah does not care for him after his death as well.

Dr Qadri asked people to return to the way of Allah Almighty, the way of peace and tranquillity. He said that the dedication of hearts solely to Allah Almighty is faith and an act performed for the pleasure of Allah alone gets rewarded not only in this world but also in the hereafter. A truthful person performs every act for the pleasure of Allah Almighty. He who acquires knowledge of religion for the sake of world not only remains deprived of reward but also becomes deserving of Allah’s wrath. He who performs such rituals as fasting, prayers, alms giving and donations for ostentation and show-off commits as great a sin as ‘shirk’. His deeds do not get acknowledged and rewarded in the court of Allah as worldly pursuits were his ultimate objective. 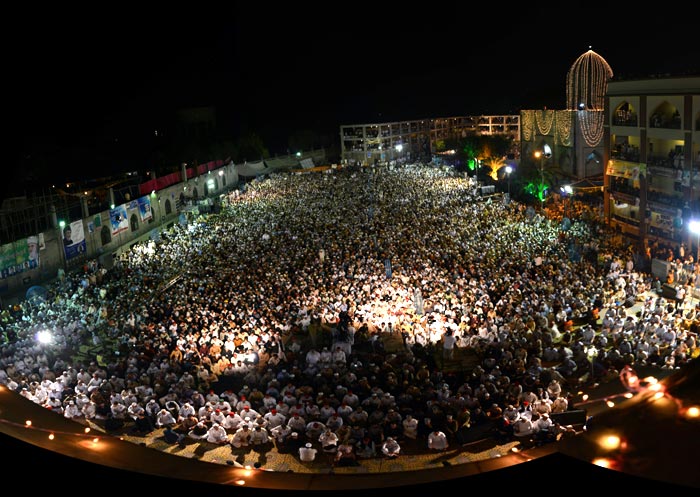 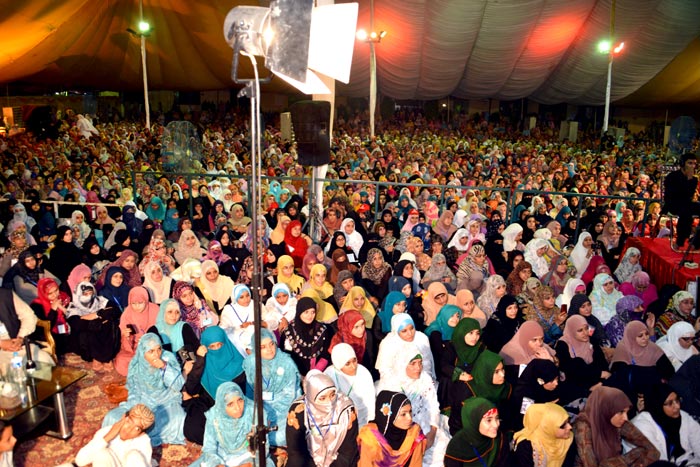 Dr Tahir-ul-Qadri said that he who desires to taste the food of paradise while living in the world should start sitting in the company of the truthful and spiritual people. There is a saying of the Holy Prophet (PBUH): The martyr is the one who is truthful in entertaining the desire for martyrdom and majority of the martyrs among my Umma would die on their beds.” If the one who gets killed by bullet or sword during war does not have desire of martyrdom, he would not be dubbed as a martyr despite being killed during the course of war.

Dr Tahir-ul-Qadri said that if the Qaris and Naat Khawans recite the holy Quran and Naat solely for the sake of Allah Almighty and pleasure of the Holy Prophet (PBUH), it will be accepted, adding that those who recited the Holy Quran and Naat for the sake of worldly gains will remain empty-handed during the Day of Judgment. He said that those who submit themselves to Allah Almighty wholly do not entertain even an iota of thought about others.

Dr Tahir-ul-Qadri asked people to make a fresh resolve on the blessed occasion of Layla-tul-Qadri to begin anew in life, adding that life is too short to be dissipated in pursuit of worldly perishable gains. He said that self-accountability is a prerequisite for reform, adding that change in individual life should precede collective change in society. He said that in order to start the process of internal reform, making a good intention is equally important to jump-start the journey towards improvement. He said that our lives are characterized by strong desires for world, adding that we are startled by its luster. He said that sole and whole dependence on Allah Almighty is missing from our lives, which explains why we have reached blind ally in our lives.

The International Spiritual Gathering came to an end with the tearful Dua led by Shaykh-ul-Islam Dr Muhammad Tahir-ul-Qadri. 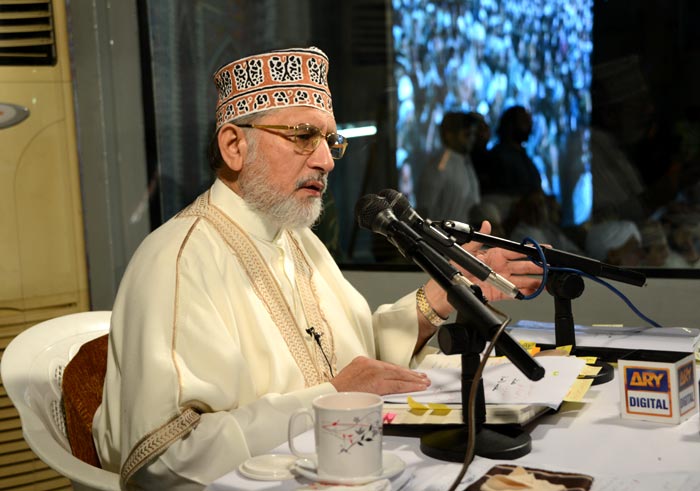 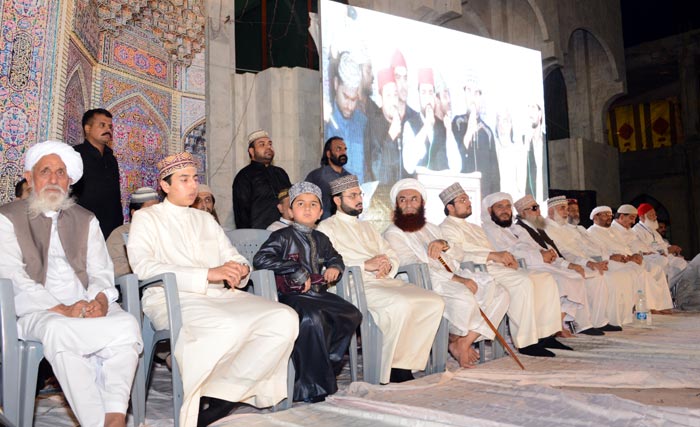 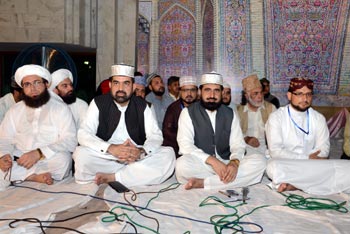 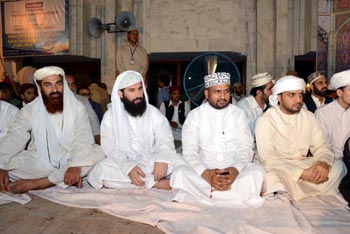 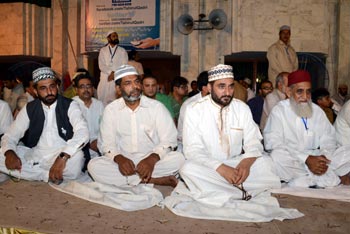 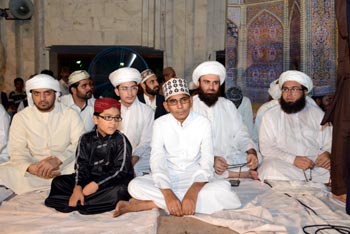 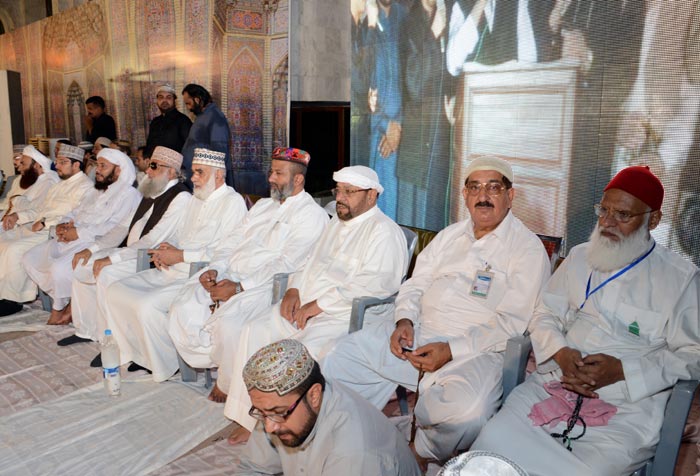 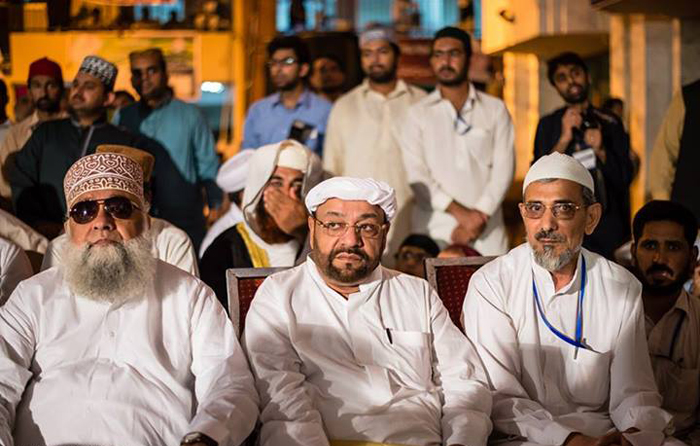 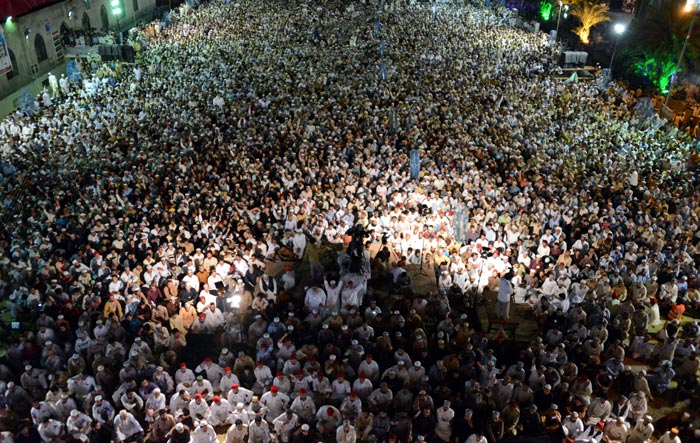 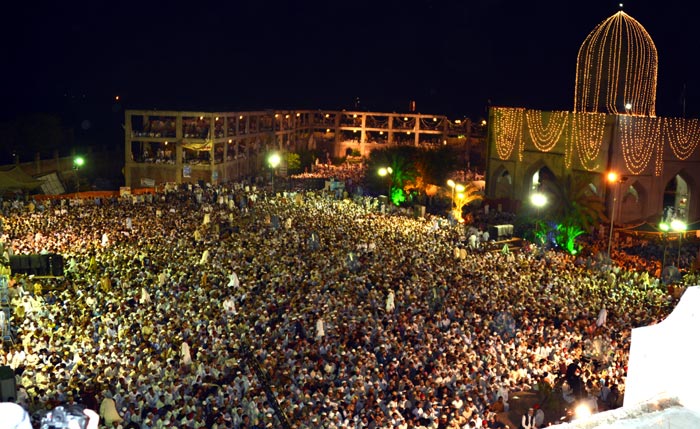 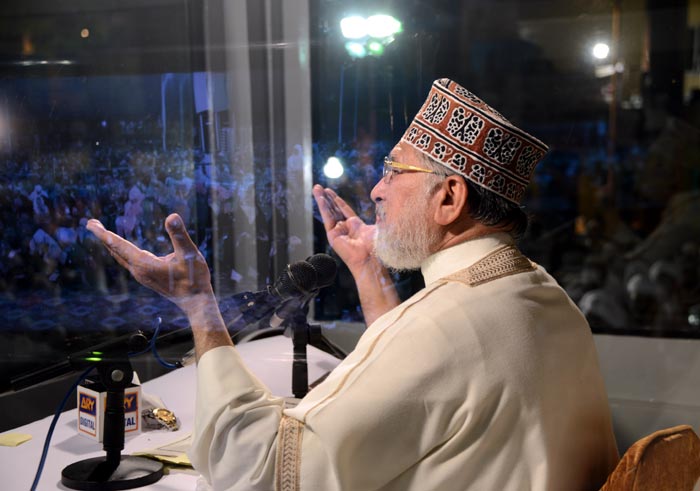 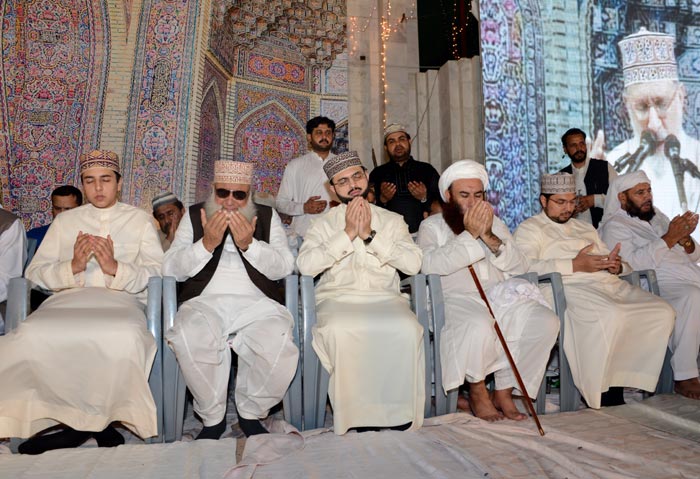 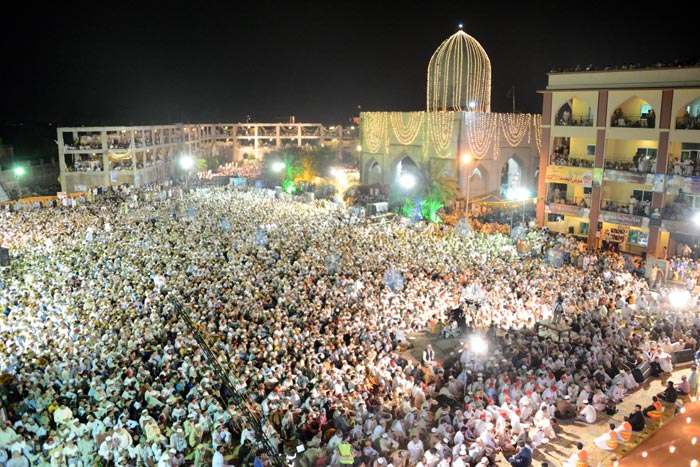 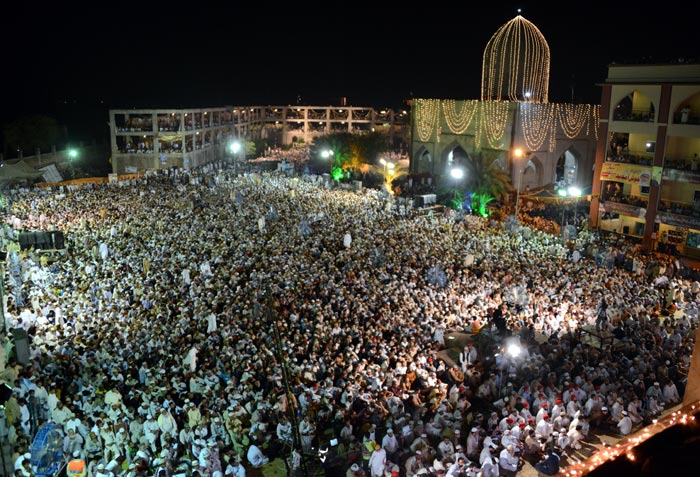 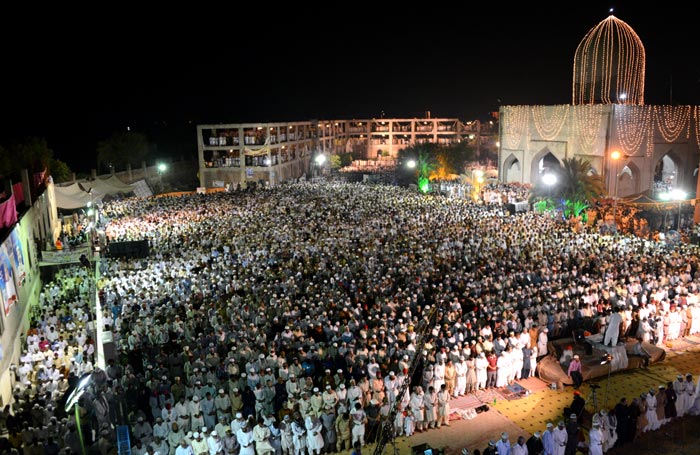 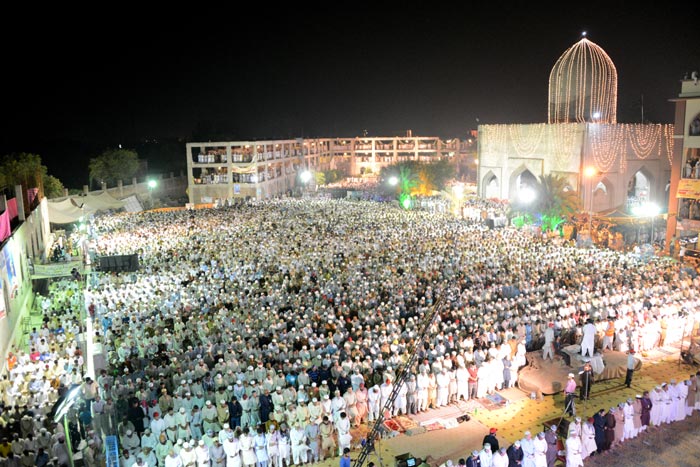 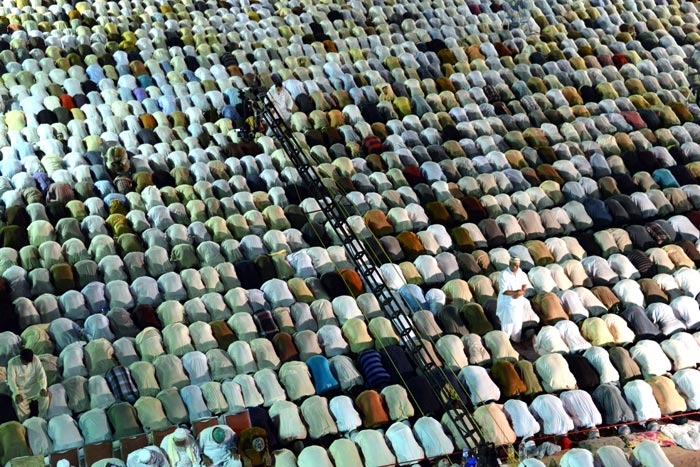 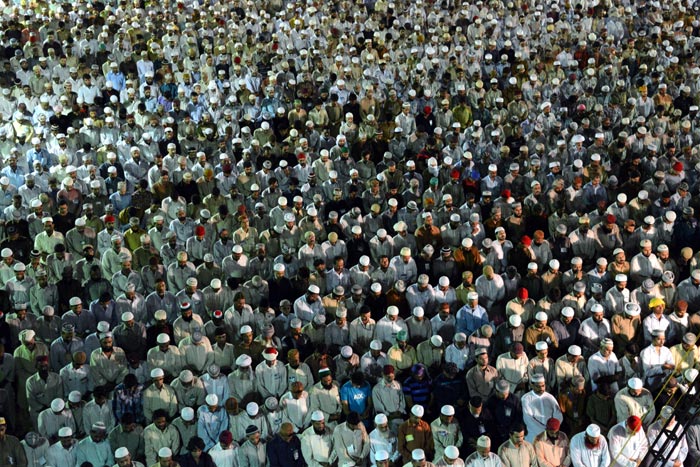