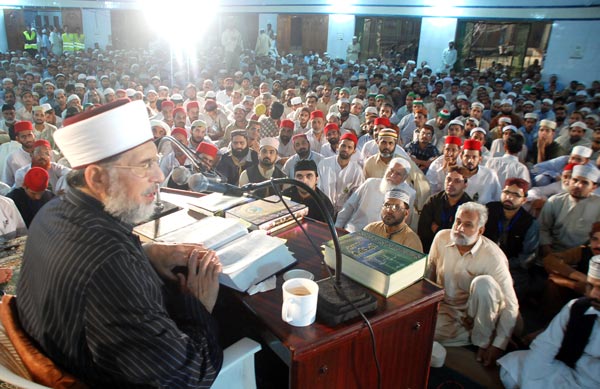 Addressing thousands of the faithful at the Itikaf city, Shaykh-ul-Islam Dr Muhammad Tahir-ul-Qadri has said that Minhaj-ul-Quran International organizes camp against oppression, coercion, terrorism and fundamentalism in last ten days of Ramzan each year. The Itikaf city under the banner of Minhaj-ul-Quran International is an international camp against terrorism and obscurantism. He said MQI rejected terrorism, militancy, conservatism and fundamental at every level as it was the torch-bearer of peace and mysticism. He said the origin of Minhaj-ul-Quran has emanated from the teachings of the mystics and spiritualists and these people were paragon of peace, harmony and security. The Sufis had everything in their arsenal except hatred for the mankind, coercion, and oppression etc. They were equipped with the power of gnosis of Allah and spiritual insight with which they kept eliminating terrorism and fundamentalism all their life. They conquered hundreds of thousands of hearts with piety, love, and character. 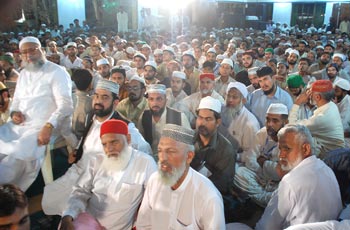 He said the Muslims were being subjected to the label of terrorists through a malicious campaign. In these circumstances, Minhaj-ul-Quran International was the only organization with worldwide network which was engaged in the efforts of promoting true message of Islam. He said word Islam has originated from Slm, which meant security and peace. “The one who is a terrorist in his character and conduct is neither a Muslim nor a believer”, he said. 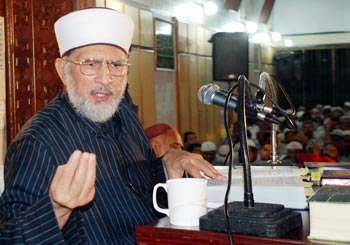 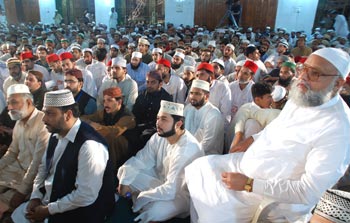 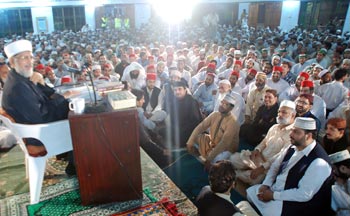 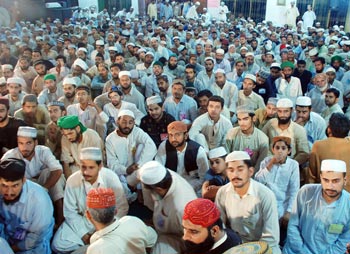 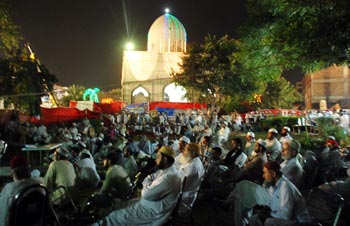