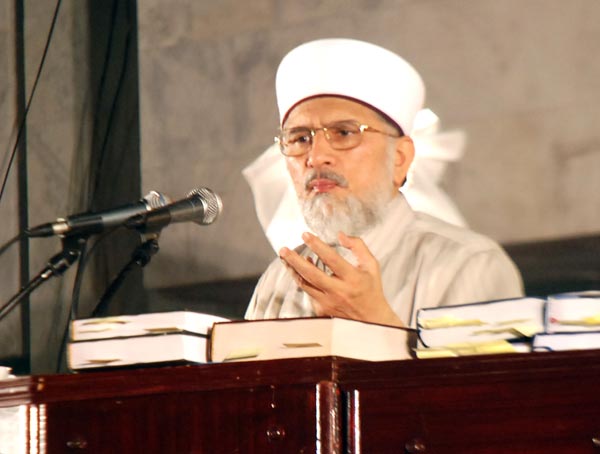 The fourth day of Itikaf City dawned with the Fajr prayer on September 25, 2008. Talking to the participants after the prayer, Shaykh-ul-Islam Dr Muhammad Tahir-ul-Qadri said that Minhaj-ul-Quran International held a number of programmes like Itikaf city, International Spiritual Congregation and International Milad Conference. There was one similitude that characterized these programmes that all three were held together in Pakistan and abroad at the same time. Despite this, the number of participants was increasing manifold posing a huge challenge to the organizers. The way last few years witnessed unimaginable increase in the number of participants has resulted in less space being available to accommodate people. The central leadership was planning to resolve this issue and by grace of Allah Almighty solution would be found to the problem. 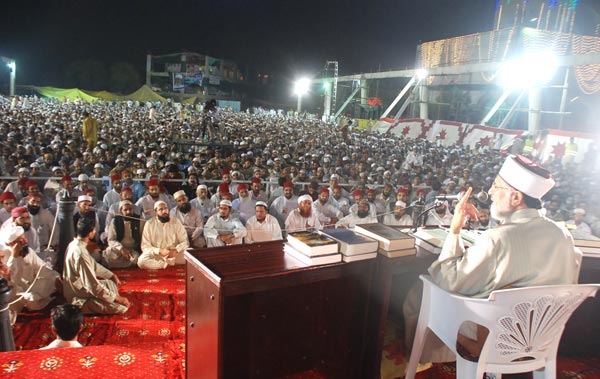 After the conclusion of talk of Shaykh-ul-Islam, the participants offered their optional prayers. The courtyard was decorated after 11 am. After the Zahur prayer, camps of MSM and Minhaj Youth League were held in venue where big digital screen was installed. The leaders of MSM and MYL, Muhammad Bilal Mustafvi and Chaudhry Zaheer Abbas Gujjar, gave lectures to the students on different matters. It should be kept in mind that hundreds of students of colleges and universities were taking part in this year’s Itikaf. 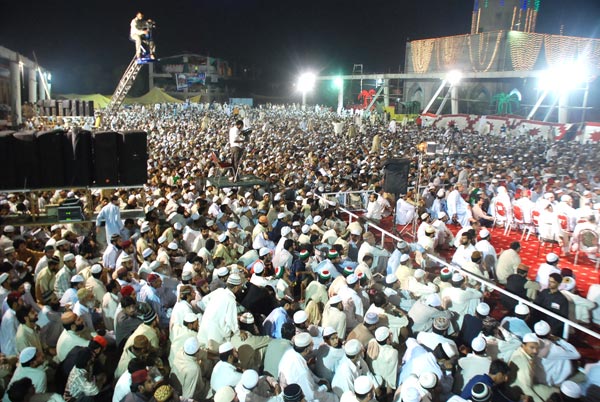 Muhammad Bilal Qadri, a participant of the Itikaf city, said, “This is my second Itikaf here. Last year when I attended Itikaf for the first time, it provided me with immense spiritual comfort and solace. I am very happy and thankful to Allah Almighty that He included me among the Crown of Creations. I love Shaykh-ul-Islam very much because he talks about things which comfort soul. I have an intense desire to meet him.” 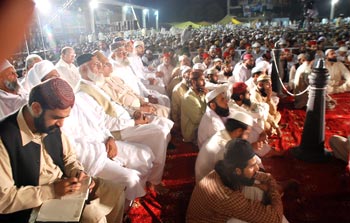 On the other hand, the Question & Answer Session of Mufti Abdul Qayyum Khan Hazarvi on jurisprudential issues was a centre of interest of the participants. A large number of participants were attending the session. This session came to an end before Asr prayers. After the prayer, the participants performed individual religious activities. This year a specified timeframe has been worked out for individual worship, afterwards collective Durood is recited in the Mosque. The collective voice of people resounded throughout the Itikaf city and enlightened people’s hearts.

After the Tarhvi prayers, the first session of Mehfil-e-Naat started with special reference to ‘taaq’ (odd) nights with recitation of the Holy Quran by Prof Qari Muhammad Mushtaq Ahamd, whereas for the start of Mehfil-e-Naat Shaykh-ul-Islam asked Qari Mushtaq Ahmad that he recites Sura Kauser by way of Naat. He said Sura Kauser was that Naat, which the greatest Naat Khawan of the Universe, Allah Almighty, has recited in the Holy Quran. Muhammad Waqas Qadri conducted the proceedings of the programme. 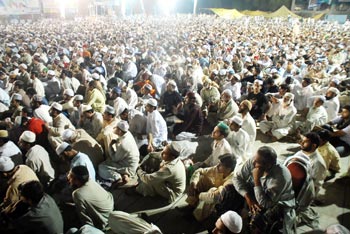 Shaykh-ul-Islam Dr Muhammad Tahir-ul-Qadri delivered his last lecture on the subject of “Human Rights in Islam in Islam”, a series of lectures which got started a few days ago. He selected following three suras for his speech.

“And He gives you of all that ye ask for. But if ye count the favours of Allah, never will ye be able to number them. Verily, man is given up to injustice and ingratitude.” (Sura Abraham, 34)

“O man! What has seduced you from your Lord Most Beneficent?” (al-Infitar)

“To you have We granted the Fount (of Abundance). Therefore to your Lord turn in Prayer and Sacrifice. For he who hates you, he will be cut off (from Future Hope).” (Sura Kausar 1-4)

Talking on the topic of rights of the poor and the needy, Shaykh-ul-Islam said Islam was protector of the rights of economically impoverished classes. No other religion has taken up the responsibility to cater to the needs of the downtrodden sections of society in a manner as Islam has. He said Allah Almighty made mention of the deprived sections in one way or the other in these three Verses. There is a tradition of the Holy Prophet (saw), which says that blessings are showered on the house where an orphan lives. That is why providing for the orphan is a worship which has great reward with Allah Almighty. Allah has commanded to return to the orphan and the destitute their rights but there should be a method of return and fulfilling them? 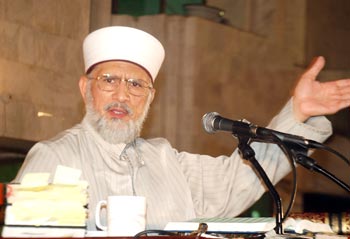 He said the western world, claiming to be the greatest champion of human rights, has not been able to give rights in comparison to Islam, which the orphan rightly deserves. This was because of the universal teachings of Islam which no other religion has. He said the Holy Quran has given very clear command to provide for the orphan in a better way in regard to the fulfillment of rights of the orphan. He said the orphan should be supported and helped in a manner that it does not affect their self respect. Many institutions were working in this field aimed at helping the poor. Complying with this command, the Minhaj Welfare Foundation has also established an institution by the name of ‘Aagosh’, which was engaged in serving the less privileged sections of society. There was a dire need to set up more institutions in the country to alleviate the suffering of these marginalized people. 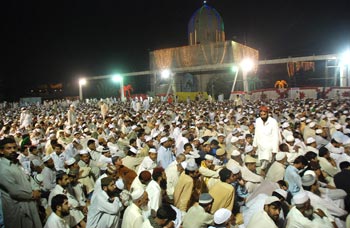 Shaykh-ul-Islam Dr Muhammad Tahir-ul-Qadri said we should try to reserve a particular share from our wealth for the downtrodden and orphan people. Allah Almighty has described it to be worship higher in value than offering prayer and performing Hajj. Referring to a Prophetic tradition, he said that once the Holy Prophet (saw) was going for the Eid prayer, he came across a weeping child. He brought that child home, gave him good clothes to wear and took him for Eid prayer. This is the role model we should follow. He said worship has no meaning if it is not put to use for the welfare of poor and needy people. He said it was for this purpose that MQI started the project of ‘Aagosh’, where orphan children were residing. A new building was being constructed to meet the future needs with millions of rupees. We would leave no stone unturned unless we return the impoverished sections of society their rights.

A short Mehfil-e-Naat was held after the speech of Shaykh-ul-Islam. The programme ended on Dua.