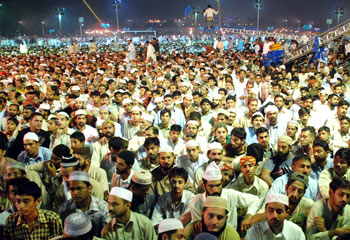 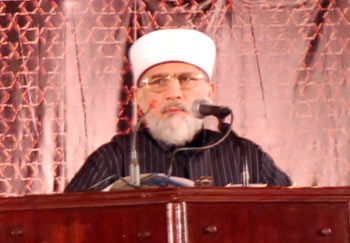 International Spiritual Congregation was held on September 27, 2008, in the ground adjacent to Jamia al-Minhaj under the banner of Minhaj-ul-Quran International. Shaykh-ul-Islam Dr Muhammad Tahir-ul-Qadri presided over the programme. Hundreds of thousands of people participated in the programme from across Pakistan and the entire world. Separate arrangements were made for women. Pir Amin-ul-Hasnat Shah of Bhera Sharif, Surgeon General of Punjab Dr Fayyaz Ranjha, Sajjada Nasheen Sayyid Moin-ud-Din Chishti Ajmeri; Khawaja Rahat Hussain, Ameer MQI Miskin Faiz-ur-Rahman Durrani, Pir Khalil-ur-Rehman Chishti, Nazim-e-Ala Dr Raheeq Ahmad Abbasi, Khawaja Pir Muhammad Yunus of MQI London and naib Nazim-e-Ala Sheikh Zahid Fayyaz were among the prominent guests at the occasion. These respected guests were seated to the left side of the stage. The first session of the programme got underway at 11:30 pm with ‘Salat-tus-Tasbih’. 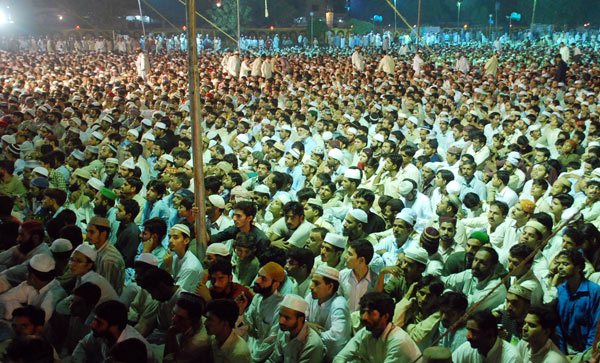 At 12:10 a.m. the second session of the programme started, which was telecast live till 4 a.m. on ARY Digital and QTV throughout the world. Qari Khalid Hameed Kazami of COSIS recited the Verses from the Holy Quran to inaugurate the second part followed by recital of Naat by Shahzad Brothers of COSIS, Bilali Brothers of Minhaj Naat Council and Muhammad Afzal Noshahi in the honour of the Holy Prophet (saw). 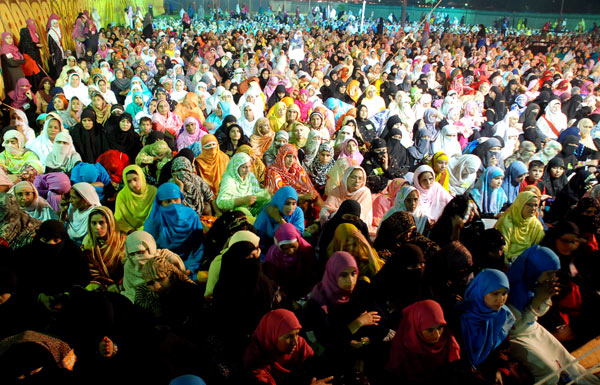 Presenting the welcome address, Nazim-e-Ala MQI Dr Raheeq Ahmad Abbasi greeted the participants from across the country. He said we wanted to convey to the world that Minhaj-ul-Quran International and its workers were engaged in the efforts for establishment of peace and order under the dynamic leadership of Dr Muhammad Tahir-ul-Qadri. He said Shaykh-ul-Islam Dr Muhammad Tahir-ul-Qadri was an ambassador of peace, global harmony and reconciliation. He also thanked the administration of ARY and QTV for showing the International Spiritual Congregation live on their televisions worldwide. He also felicitated the workers of local chapters of MQI for making the programme a success. 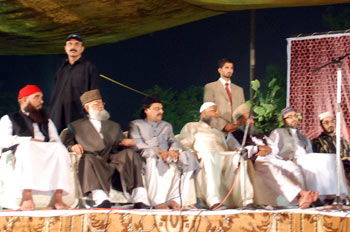 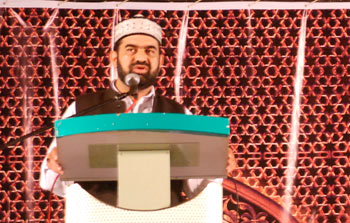 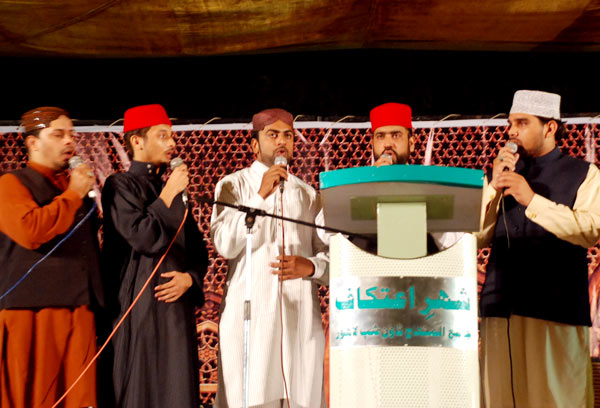 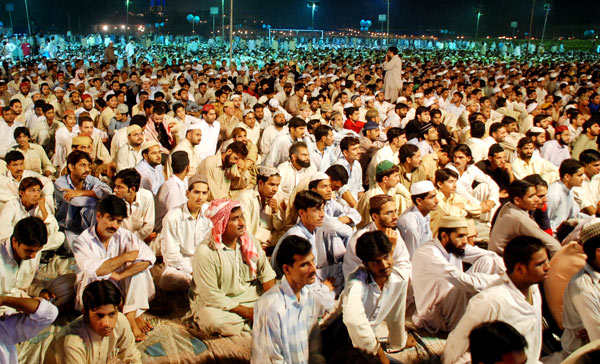