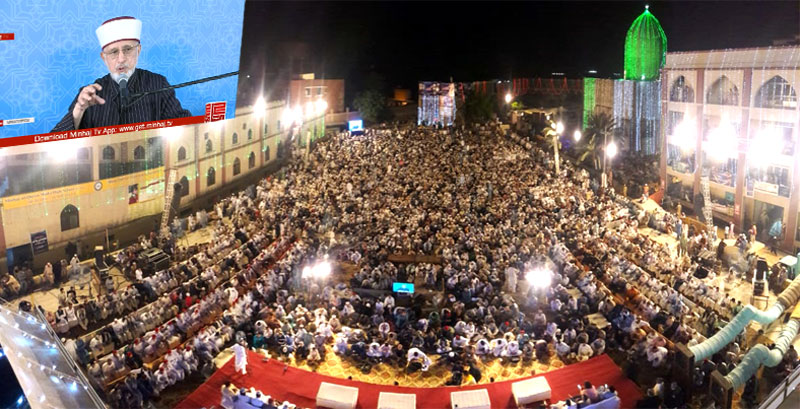 An International Spiritual Gathering marking the 27th night of Ramazan was held here under the banner of Minhaj-ul-Quran International. Shaykh-ul-Islam Dr Muhammad Tahir-ul-Qadri delivered his keynote address through a video link live from London.

In addition to residents of Itikaf City, a large number of people and noted personalities belonging to various walks of life and political, social and religious organizations attended the gathering. Thousands of the faithful flocked to the venue as the whole space was occupied. Men and women, in their thousands, listened to the spiritualizing and heart-warming speech of Shaykh-ul-Islam with rapt attention. The world-renowned Naat khawans had the honour to recite the Naats in the honour of the Holy Prophet (SAW) and left the people spellbound with their beautiful voices. The Qaris took turns to recite the Holy Quran and added to the spirituality of the atmosphere. The participants of the spiritual gathering kept their fast and offered Fajr prayer at the Itikaf City.

Addressing thousands of the faithful attending the international spiritual gathering, Shaykh-ul-Islam Dr Muhammad Tahir-ul-Qadri said that Allah Almighty loves those who remain awake at night in worship and seek His forgiveness. He said that according to a Hadith, this blessed night is superior to thousands of nights and this gift was only presented to the Holy Prophet’s (SAW) Umma. He said that those who pray for peace, forgiveness, and pleasure of Allah on this night have their prayers granted.

Dr Tahir-ul-Qadri prayed to Allah Almighty to enable the Muslim world to forge unity in their ranks. He said that the Islamic countries should adopt the path of moderation, justice and equality in order to achieve stability, sustainable peace and harmony in their respective lands as well as collectively. He said that the angels come down on earth in such a large number that there is no place left vacant. Allah's mercy calls out to the people for forgiveness and guidance. The lucky are those who get this blessed night in their lives and become deserving of Allah's mercies, blessings, and gifts.

Special prayers were made for peace, stability, and progress of Pakistan at the Itikaf City. Narrating the exalted status of Lyla-tul-Qadr, Dr Tahir-ul-Qadri said that when the Holy Prophet (SAW) was informed about the long lives of the people of the previous nations, he (SAW) said that the people of his Umma will have shorter lives but they would be able to do good deeds in a greater number. On this, Allah Almighty blessed the believers with Lyla-tul-Qadr. He said that the worship done during this night is superior to the worship of the thousands of nights.

Dr Qadri referred to Hadith wherein the Holy Prophet (SAW) said that Allah Almighty conferred this night of power on his Umma and none of the previous peoples was given this unique honour. The Prophet (SAW) said that anyone who worships on this night with an intention to seek forgiveness for his sins, all of his past sins are forgiven. He said that where one has been advised to contemplate, worship and obey during the blessed moments of Lyla-tul-Qadr, there the attention of the people has also been drawn to this fact that the purpose of worship is to win over the pleasure of Allah and there is should be no other intention behind the worship. That we should pledge on this night that we would not commit any vice ever again. He said that for those having such thoughts, this blessed night becomes the message of forgiveness.

The first part of the International Spiritual Gathering got underway at 10:30 pm after Traveh prayers with the recitation of the Holy Quran followed by Naat. Qadri Khalid Hameed Kazmi got the honour of the Quranic recitation, whereas Muhammad Afzal Noshahi, Zaheer Bilali Brothers, Khurram Shahzad Brothers, and other Naat kahwans recited the Naats. MQI Secretary General Khurram Nawaz Gandapur delivered the welcome address. Ijaz Malik, Secretary of Directorate of Dawah, presented an introduction of the newly published books of Shaykh-ul-Islam Dr Muhammad Tahir-ul-Qadri.

After the keynote speech of Shaykh-ul-Islam during the second half of the spiritual gathering, Salat al-Tasbeeh was offered followed by tearful Dua led by Shaykh-ul-Islam. 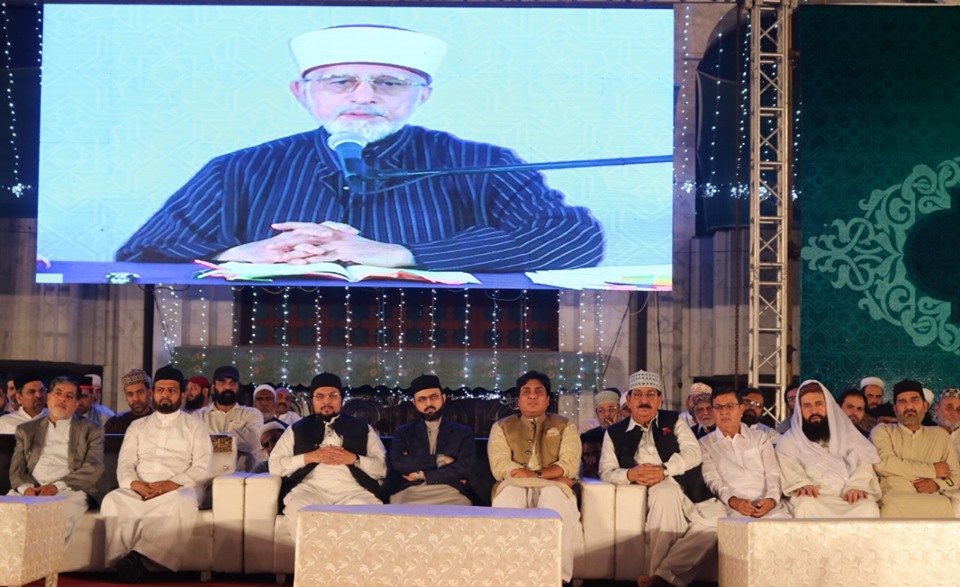 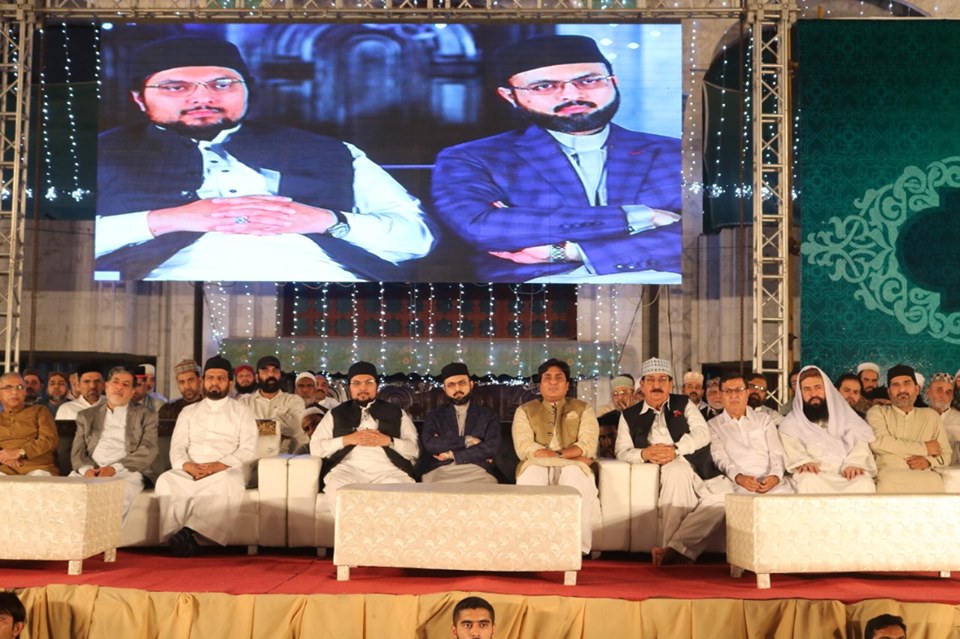 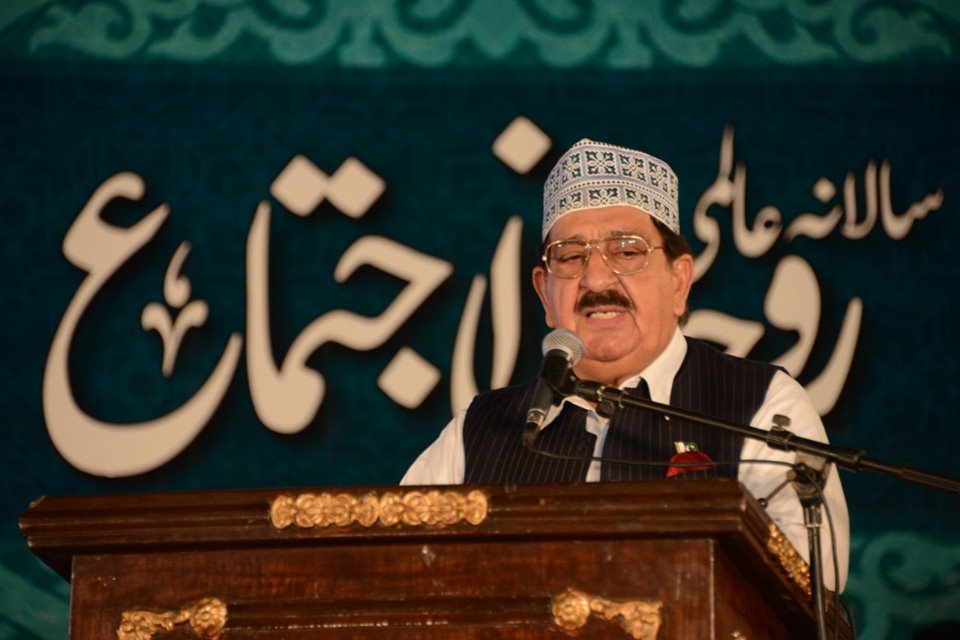 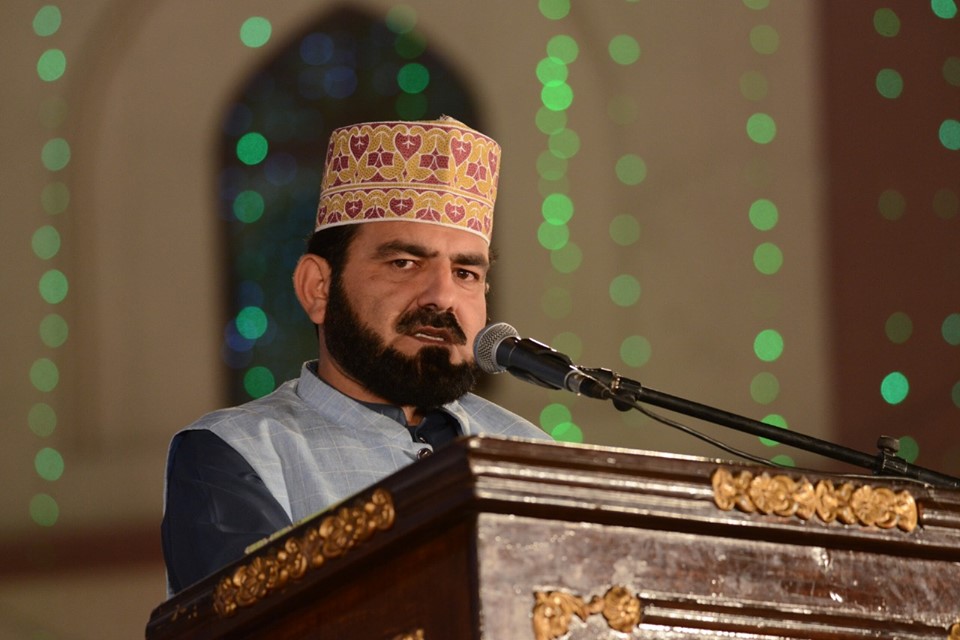 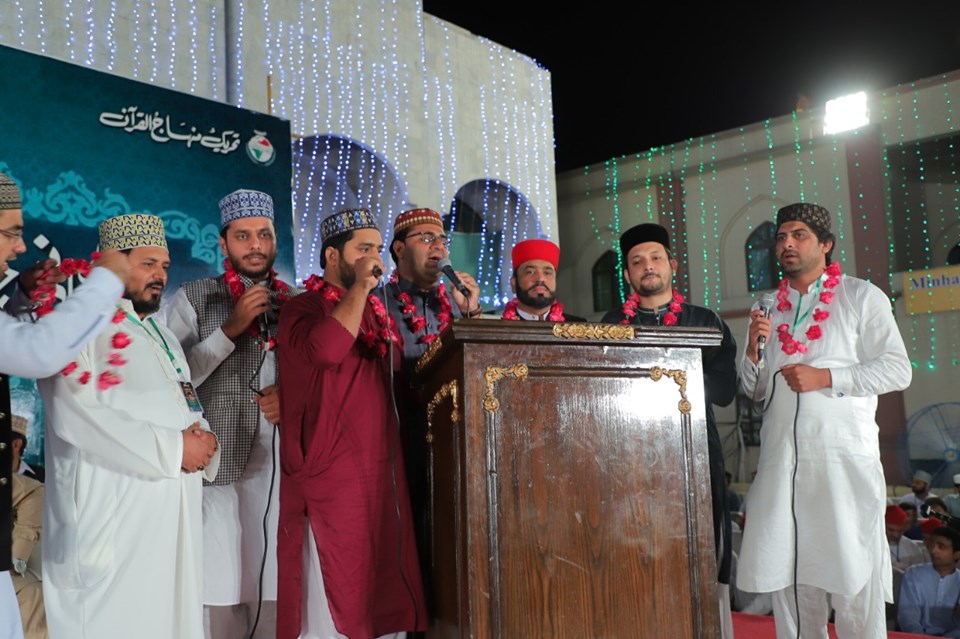 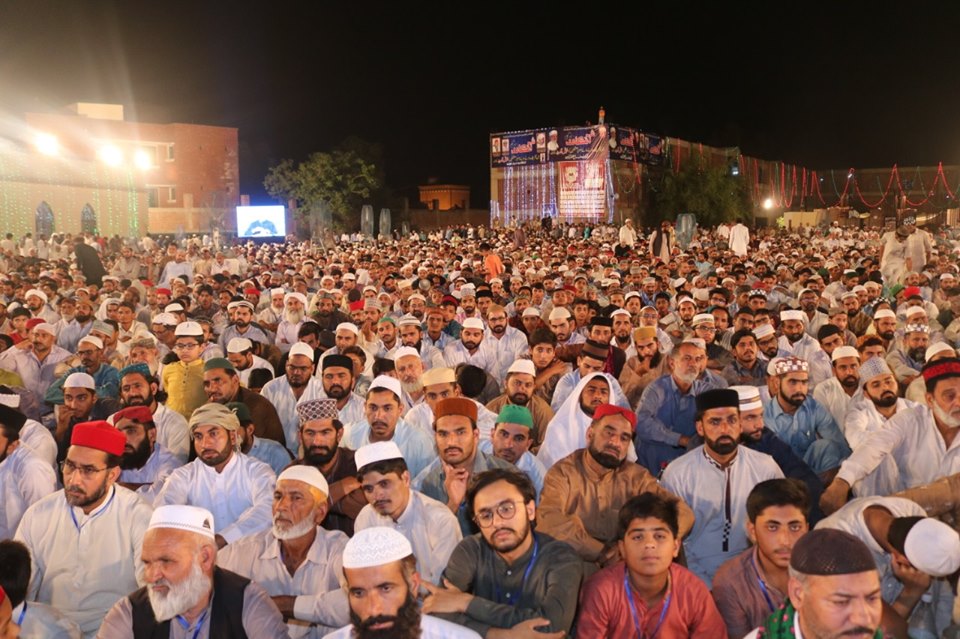 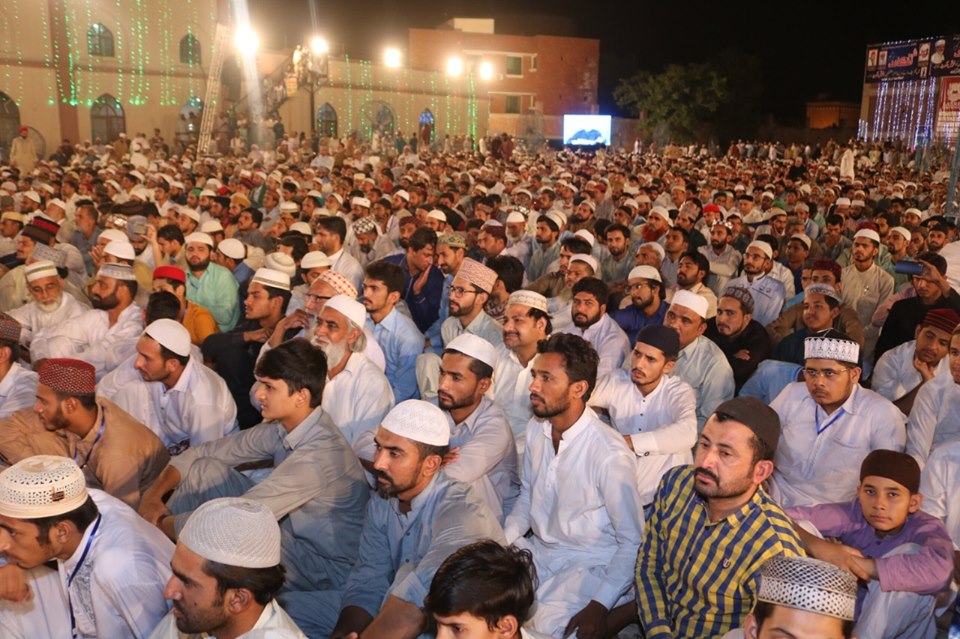 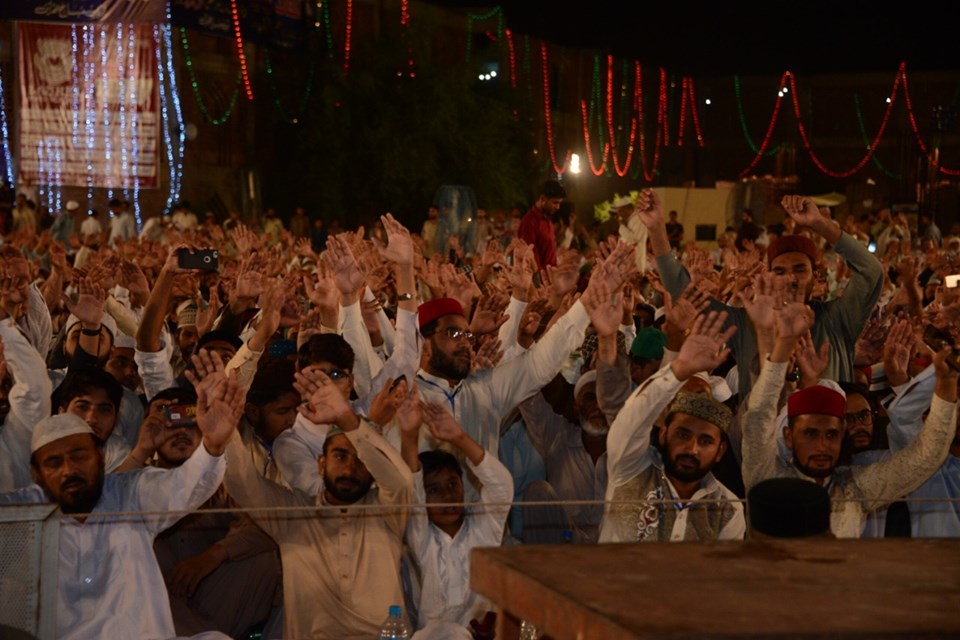 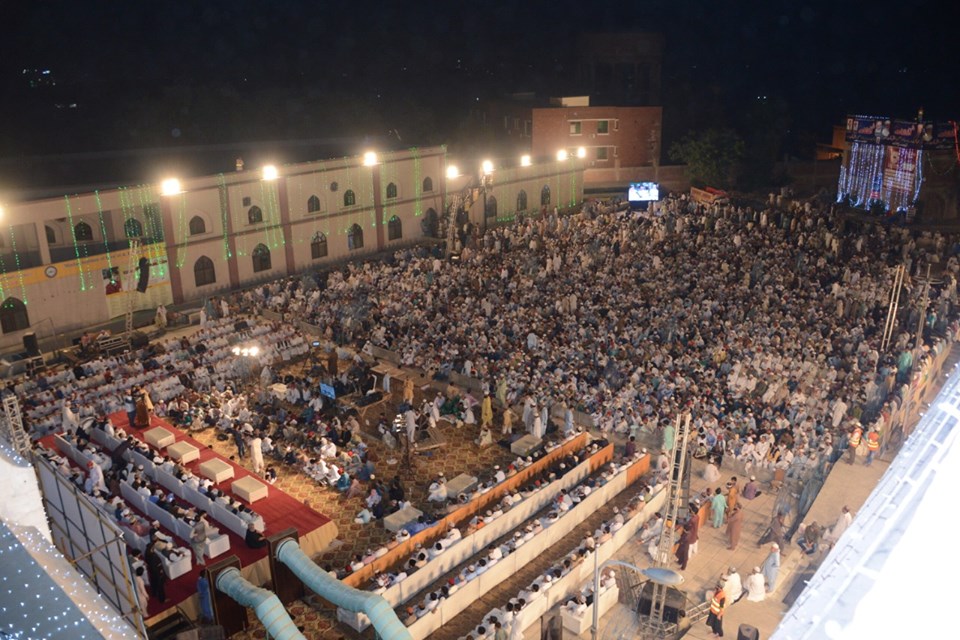 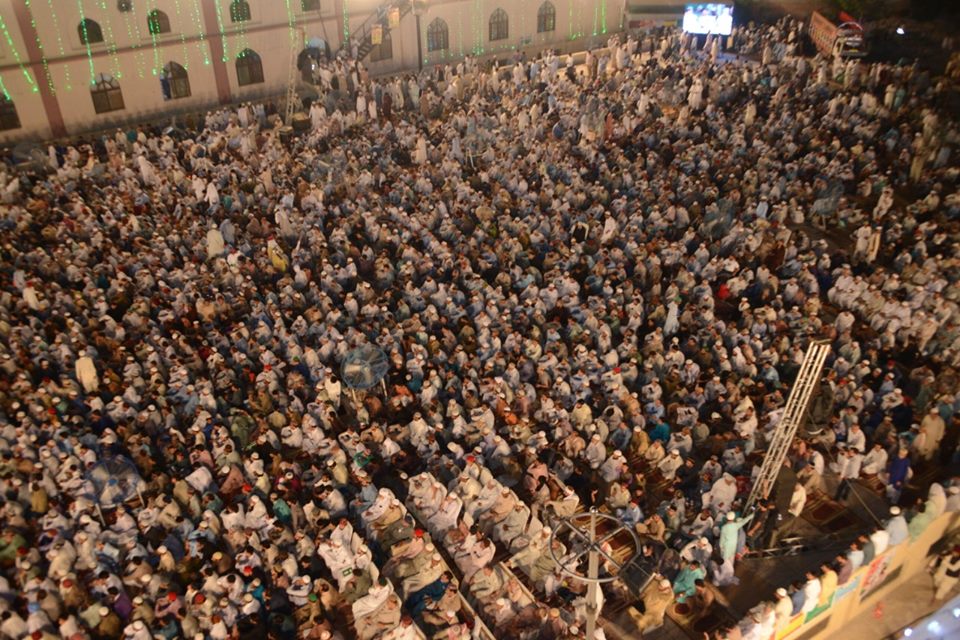 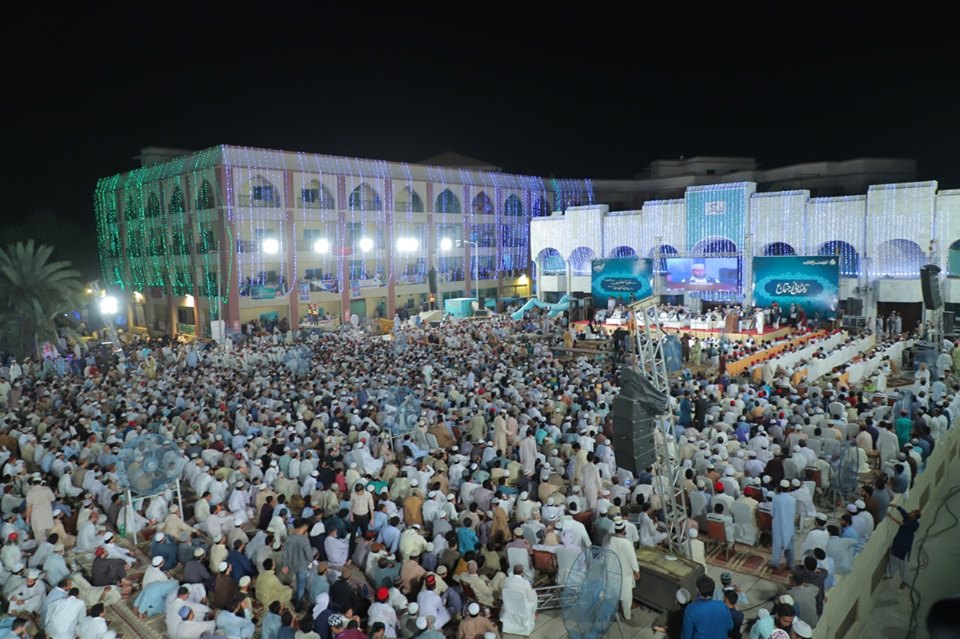 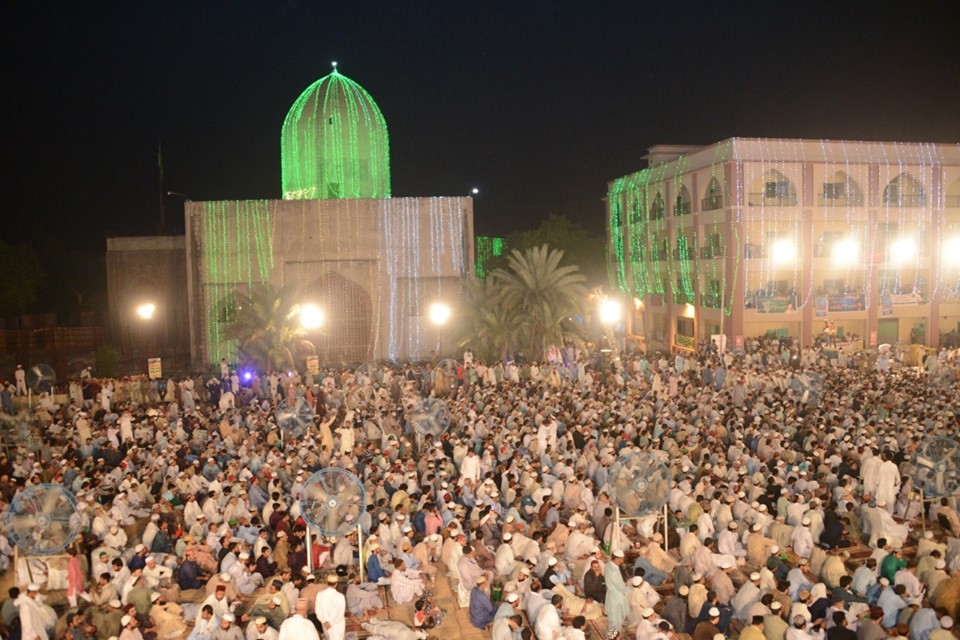 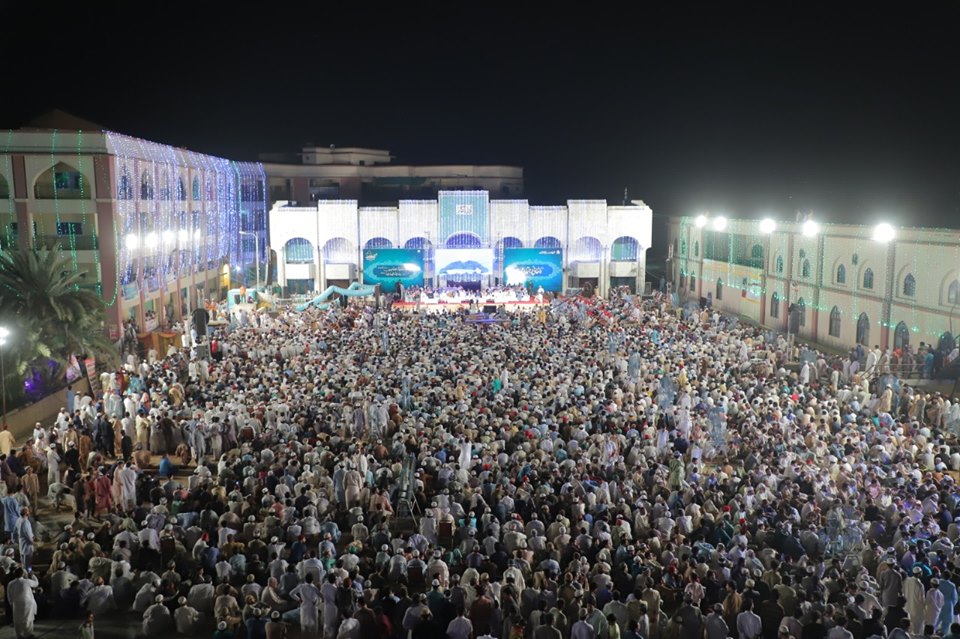 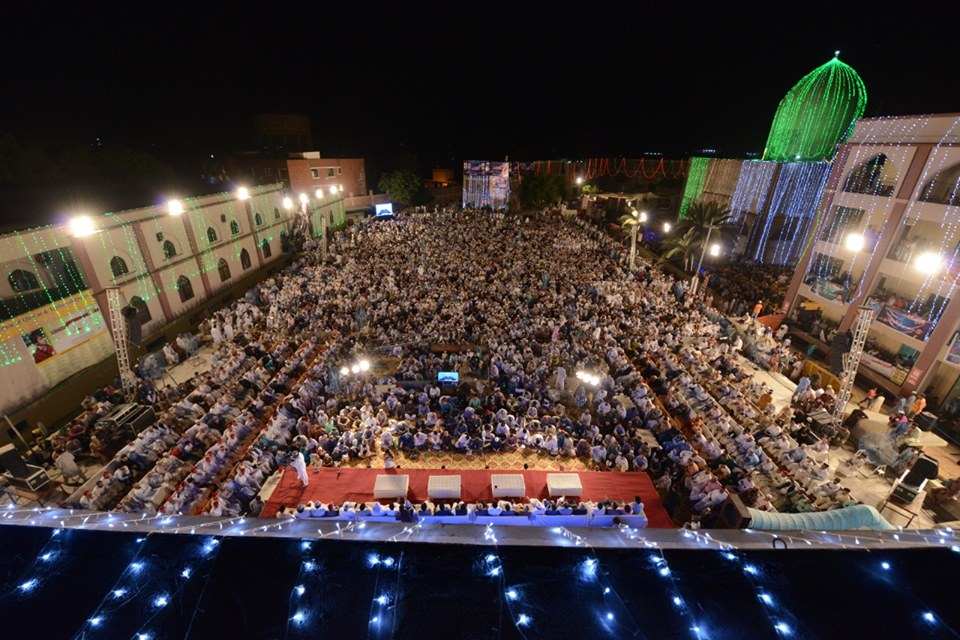 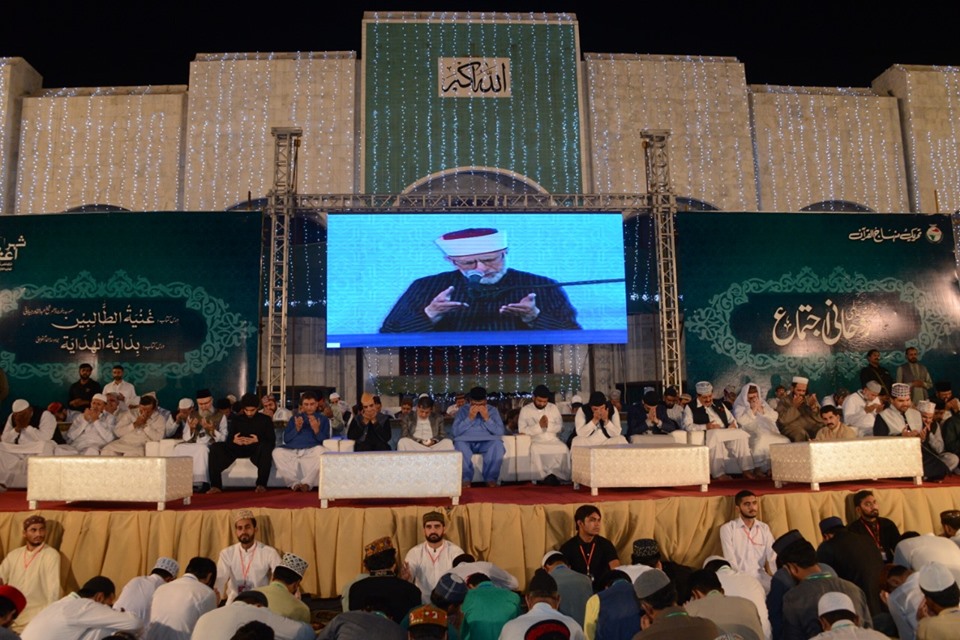 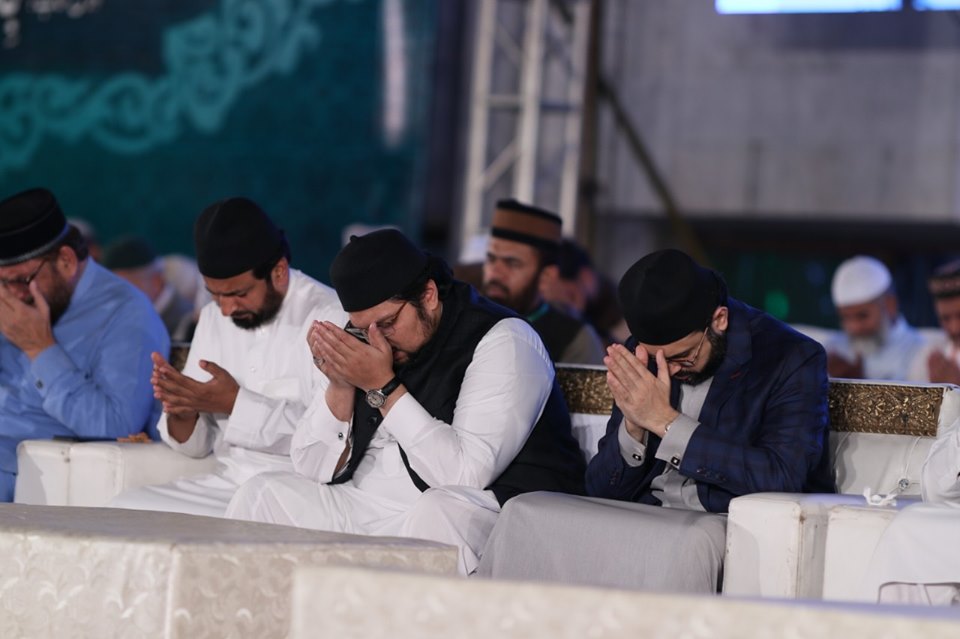 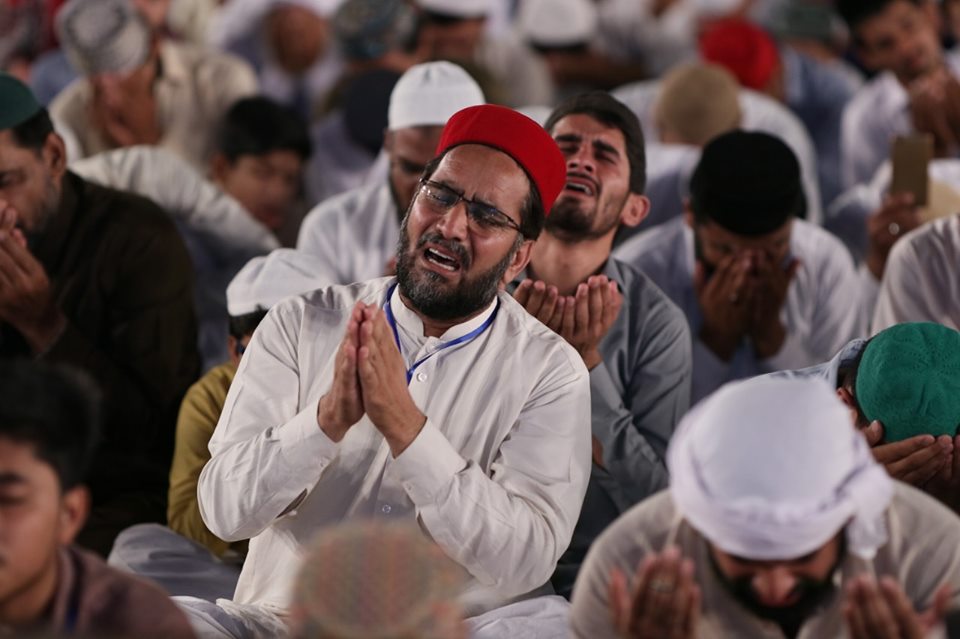 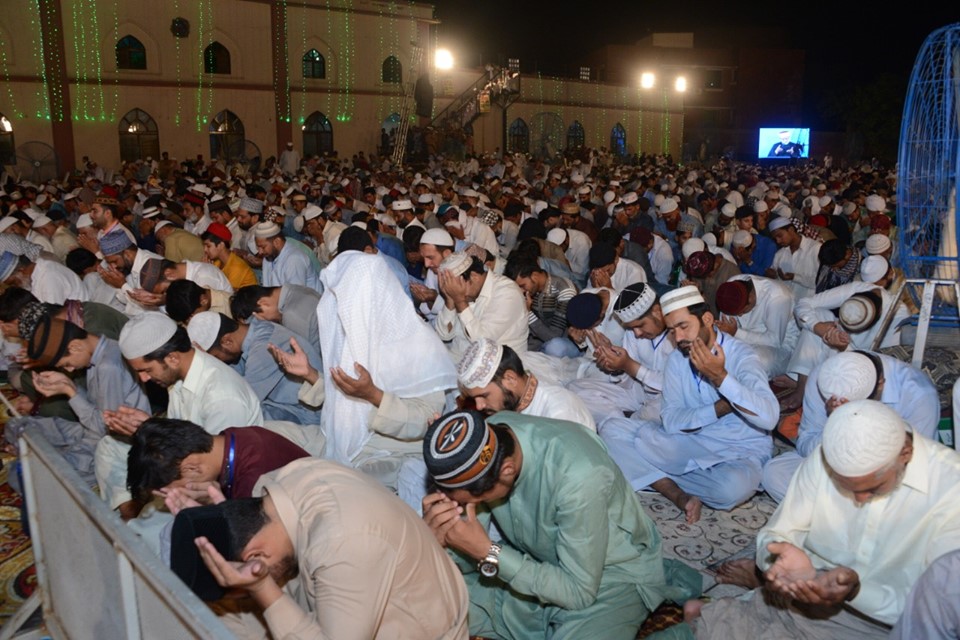