Itikaf City 2022: Shaykh-ul-Islam Dr Muhammad Tahir-ul-Qadri asks people to focus on the reform of their inner self 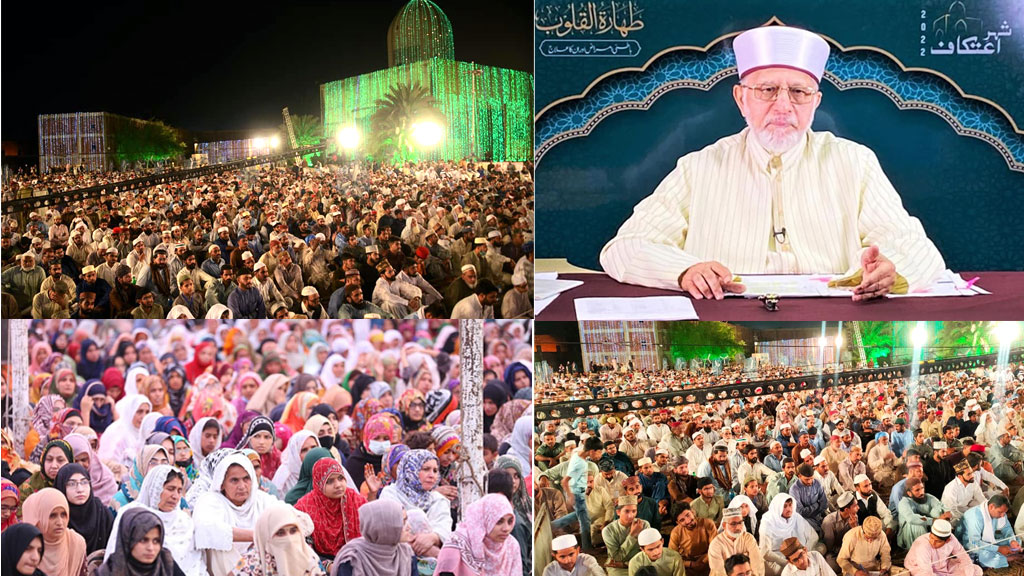 Addressing thousands of the faithful at Itikaf City on the second day, MQI founding-leader and patron-in-chief Shaykh-ul-Islam Dr Muhammad Tahir-ul-Qadri said that the Mutakifeen should focus on their internal purification more than their outer appearance. The people see what is visible to them whereas Allah Almighty sees the inside of our being. He said that we make conscious efforts to beautify ourselves for the world, stating what we should in fact be paying serious attention to is the internal beauty, reform and purification of the heart. He said doing so will increase our worth in the eyes of our Lord.

Speaking on the subject of the "Taharat al-Qulub (purification of heart)", Shaykh-ul-Islam Dr Muhammad Tahir-ul-Qadri said that whatever of our life is left should be devoted to the spiritual reform, improvement and reformation of the inner self. 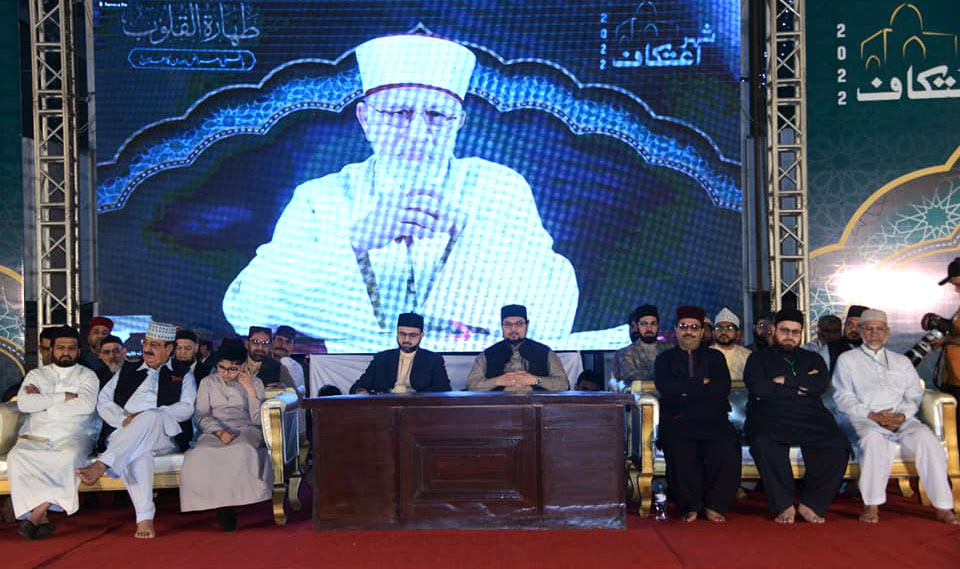 Shaykh-ul-Islam further said that the heart is the center of human actions and functions. He said if the heart is reformed and becomes enlightened with the love of the religion, then all organs of the human body start avoiding sins. He warned that in case the human heart is misled and suffers from a moral decay, it leads to the spiritual malfunctioning of the entire body. He asked the faithful to identify their shortcomings with goodness of intention and then vow not to commit them by swearing allegiance to Allah Almighty. He said that when one surrenders oneself before Allah Almighty, He, being All-Merciful, opens the doors of His blessings on you. He asked the people to give up the life of indifference and ignorance.

Dr Muhammad Tahir-ul-Qadri said that he whose inner self is spiritually deformed, his appearance will also reflect the same ugliness. He said that it is the inner self that gets corrupted first and then it leads to the disfigurement of the outer self. He asked the participants of Itikaf City to become noble and pious, not as a matter of habit, but as a form of worship, for it is the worship that will be rewarded, not the habit. He said that he who does not offer his prayers five times a day; does not discriminate between what is permissible and what is forbidden and is negligent in the performance of what has been enjoined upon him, all his claims of having a good heart are but self-deception. 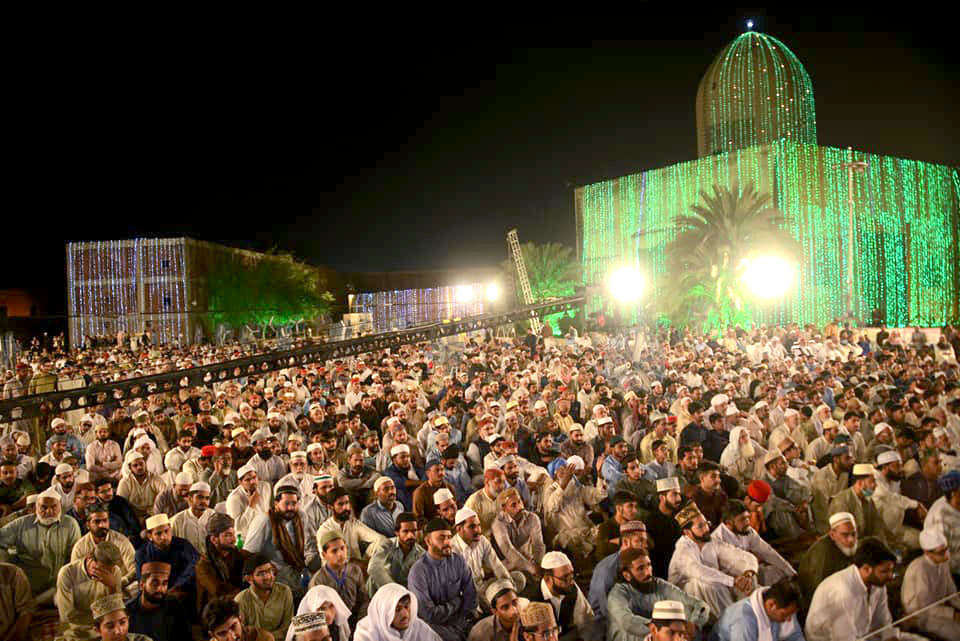 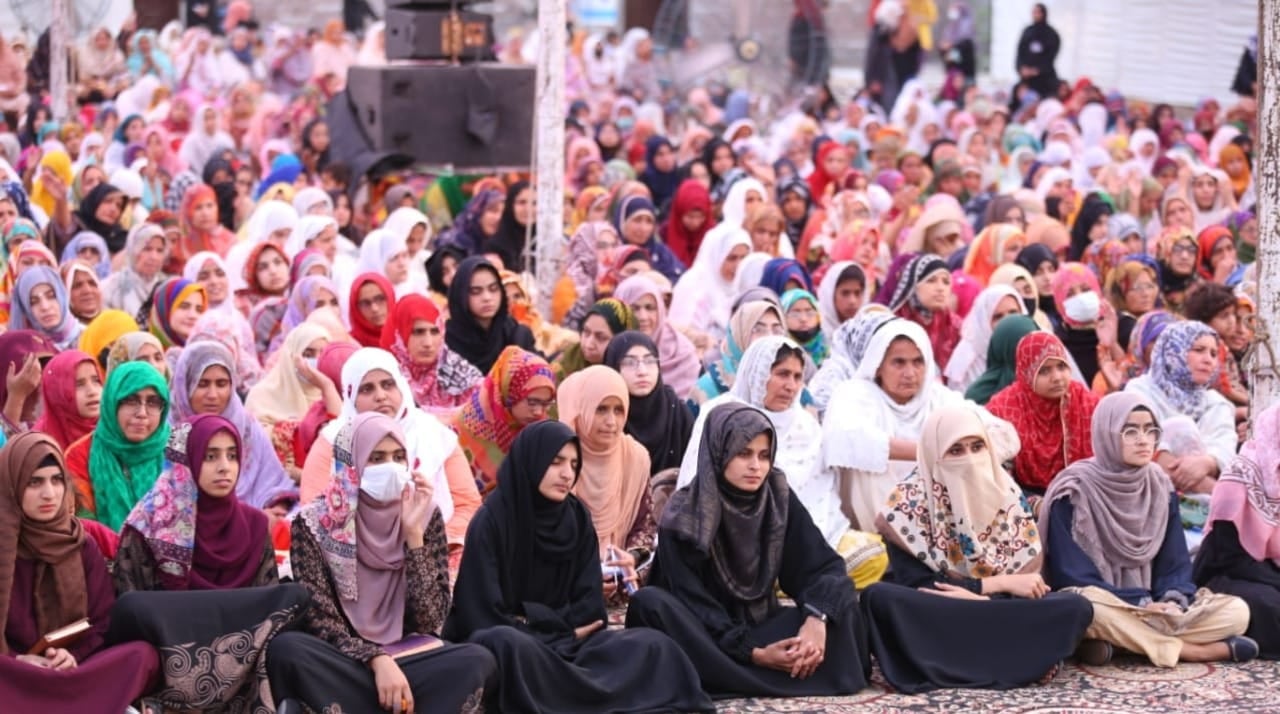 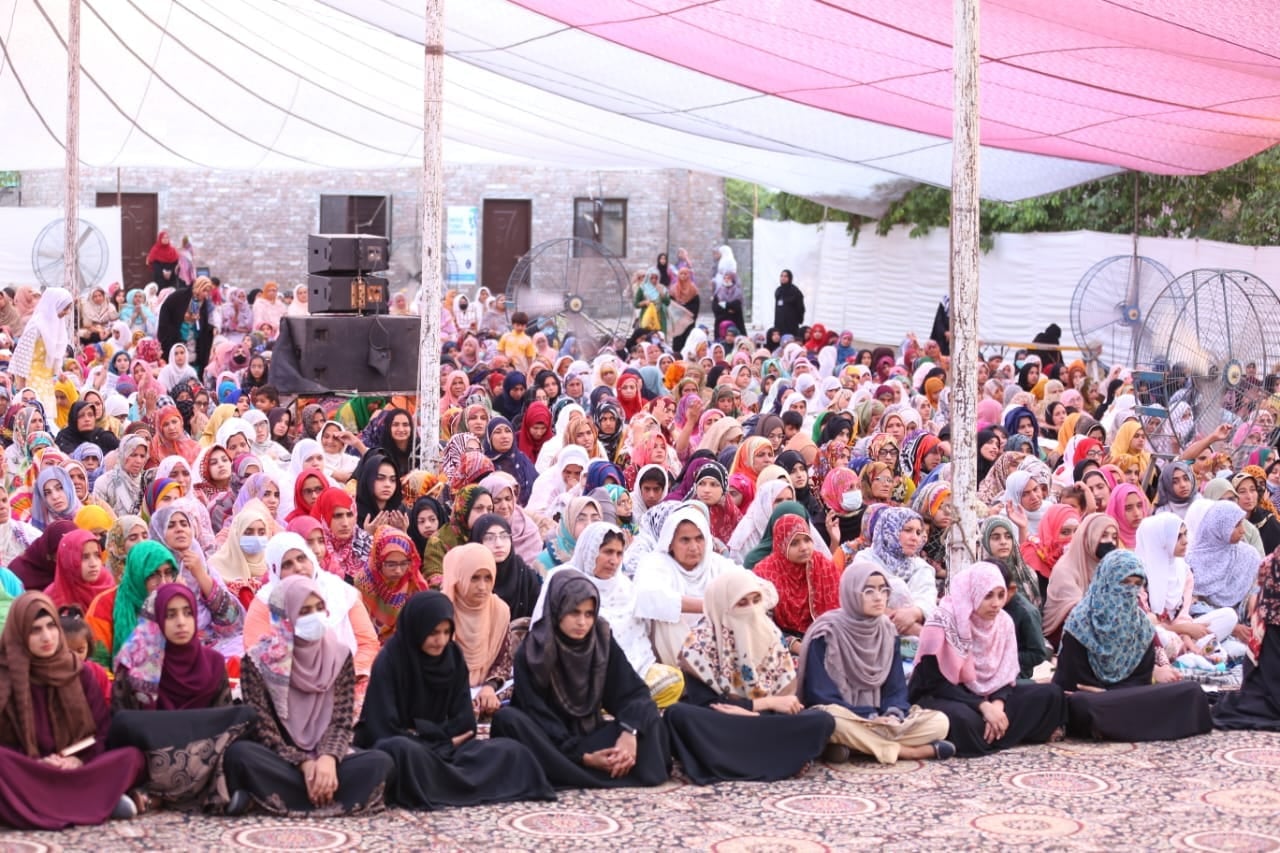