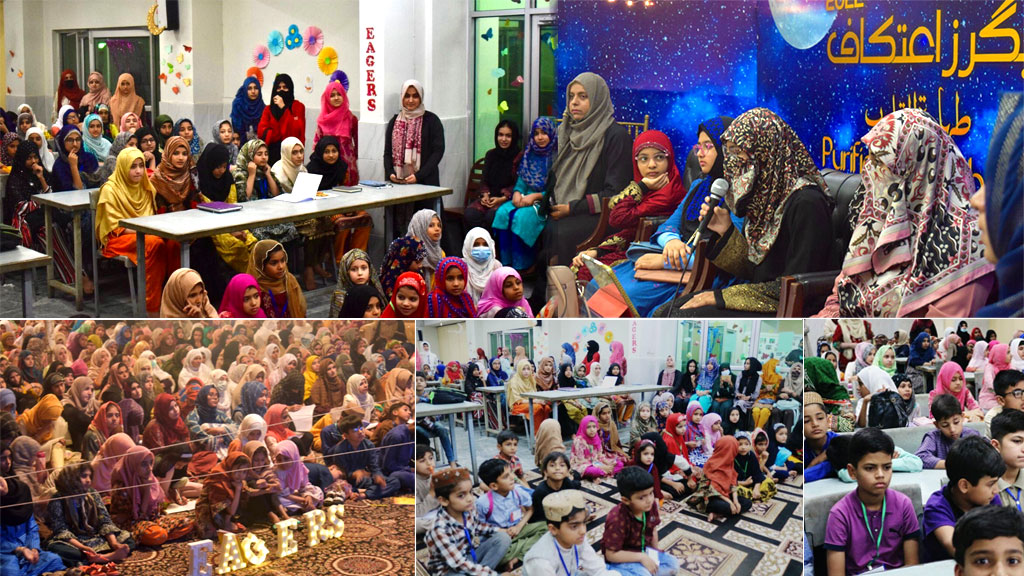 Mutakif kids of 𝙀𝙖𝙜𝙚𝙧𝙨 department have completed another day of the spiritual journey. The day was filled with many enjoyable and informative activities. It started with the beautiful recitation of the Holy Quran along with some heart-purifying wazaifs. After this, there was a class on "𝑴𝒂𝒏𝒏𝒆𝒓𝒔 𝒐𝒇 𝒍𝒊𝒇𝒆” in which teacher Sadia taught the class about the classroom rules and the importance of saying salam.

After this, the kids took a little break while the trainers of Eagers Itikaf had a training session with respected sister 𝘿𝙪𝙧𝙧𝙖𝙝-𝙩𝙪𝙯-𝙕𝙖𝙝𝙧𝙖. She gave guidance to the trainers about a few important points about purifying out Nafs and working for this Mustafvi mission with utmost steadfastness. She also told the trainers about the importance of continuing with Eagers work in the field along with studies and other routine matters.

After this session, the kids were taken to pray Zohr. Then, they gathered in the classroom for 𝙃𝙖𝙙𝙞𝙩𝙝 𝙘𝙡𝙖𝙨𝙨. Today’s hadith was about loving for the sake of Allah as well as hating simply for the sake of Allah. Next, to refresh their souls, the kids listened to Nasheeds and beautifully recited along. This particular segment was filled with enthusiasm and spiritual exuberance.

The next segment was 𝙨𝙩𝙤𝙧𝙮 𝙩𝙚𝙡𝙡𝙞𝙣𝙜 𝙨𝙚𝙨𝙨𝙞𝙤𝙣 which is every kid’s favourite! Today’s storytelling session was about Hazrat Abu Bakr (RA) in which teacher Wisha Waheed told the kids about Hazrat Abu Bakr Siddique (RA)’s loyalty. She beautifully conveyed this specific trait of Hazrat Abu Bakr Siddique (RA)’s blessed personality. After this interactive segment, the kids prayed Asr and then it was time for 𝙁𝙞𝙦𝙝 𝙘𝙡𝙖𝙨𝙨 which is titled “Articles of Faith” this year. In this class, teacher Shamza Latif taught the kids how to perform the steps of wudhu and the dua you should read before and after wudhu.

When this Fiqh class was done, the little stars were taken to the ground for a short Mehfil-e-Zikr before Iftar. They opened their fasts and went to pray Maghrib. After prayers, they rested for a bit until Taraweeh. They performed Isha salah and Taraweeh with Jamaat. Then, they were taken to the main pindal for the beautiful Mehfil-e-Zikr and his Eminence Huzoor Shaykh Ul Islam Dr. Muhammad Tahir Qadri’s lecture.

All in all, it was a day filled with many fun filled and creative activities that not only enhanced our star’s interest but also gave them knowledge. 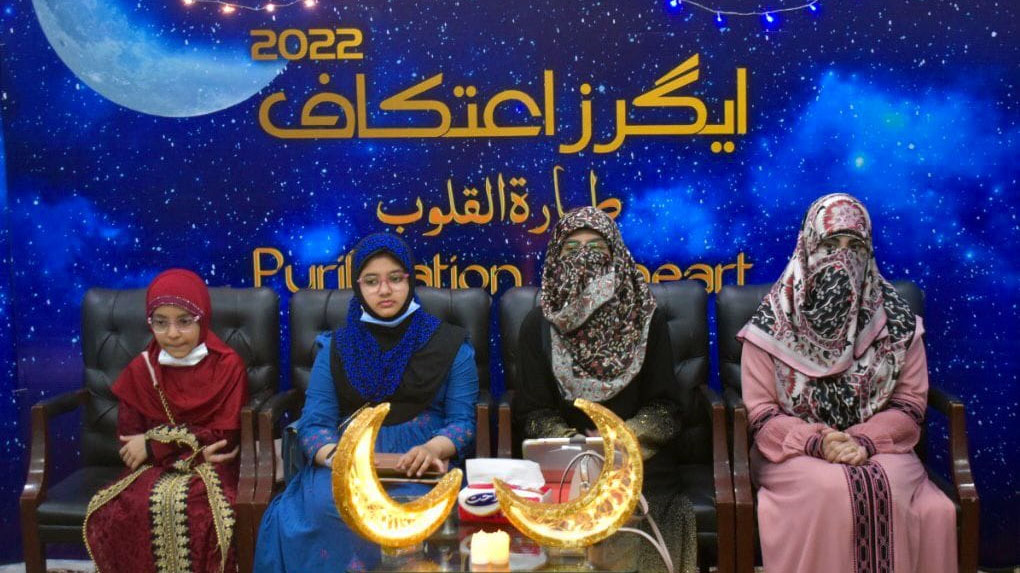 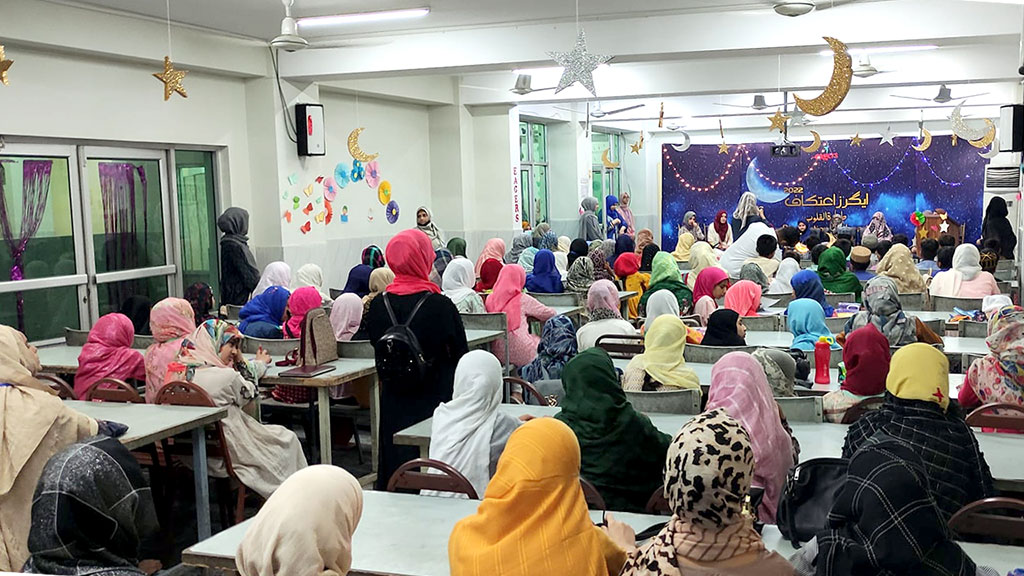 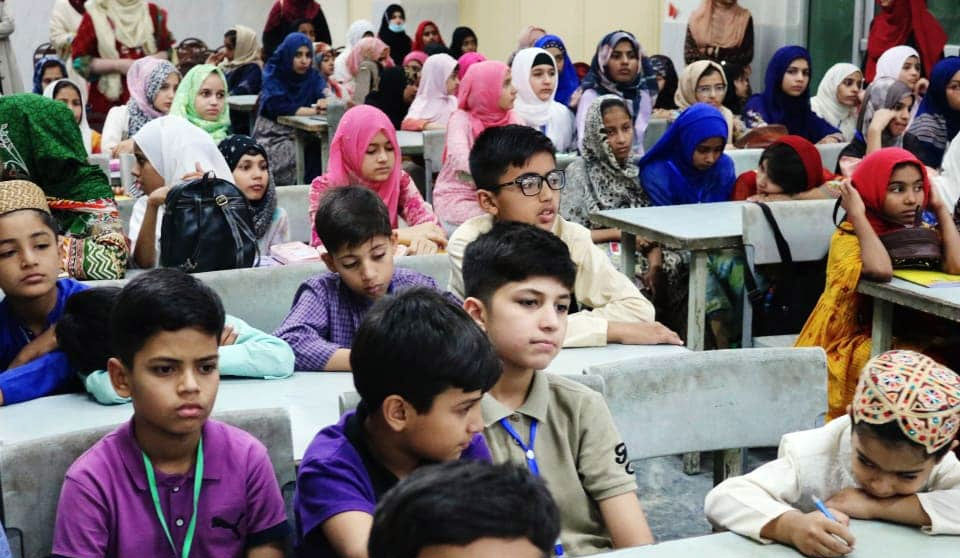 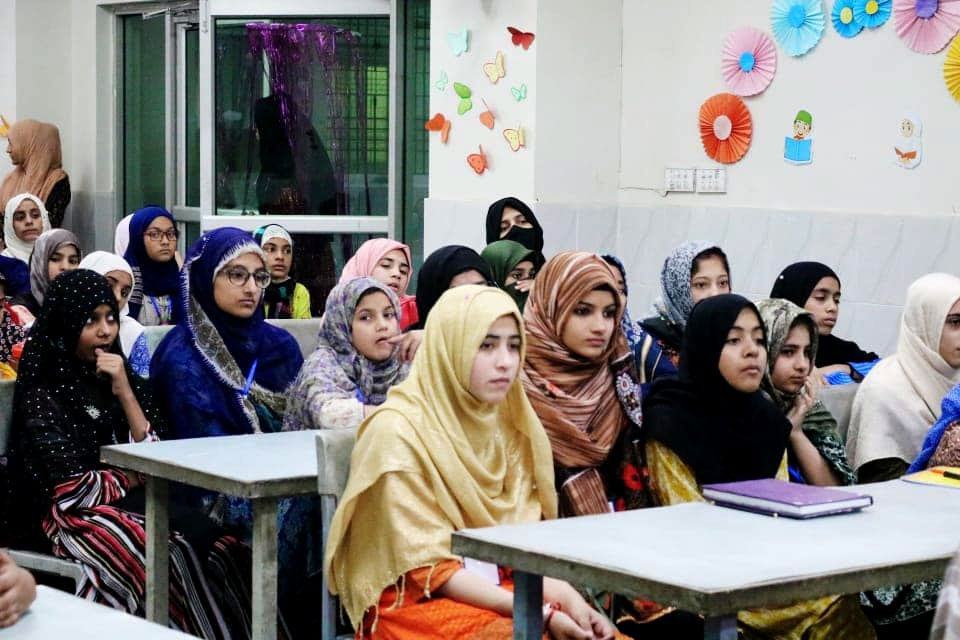 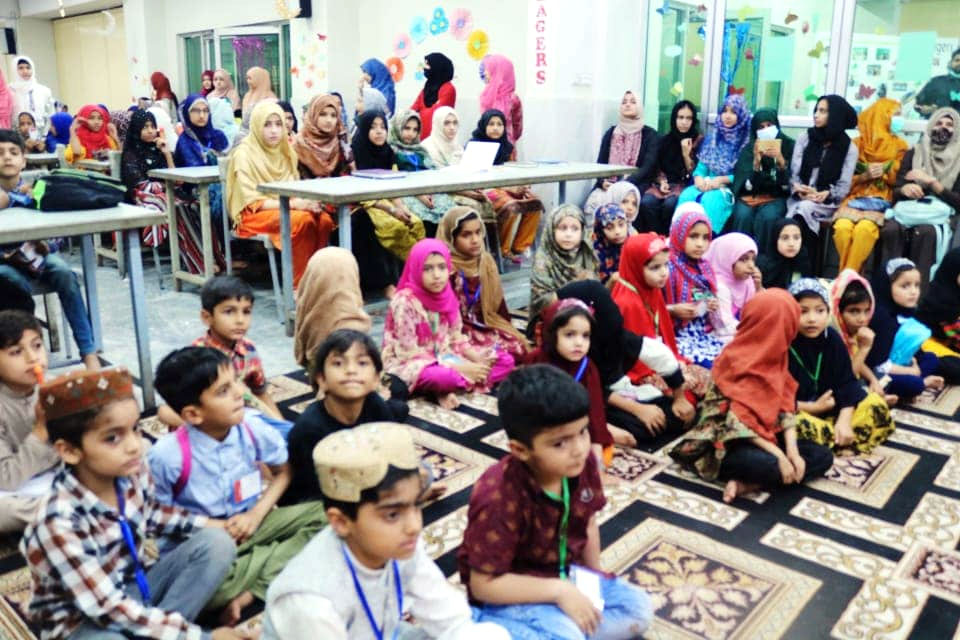 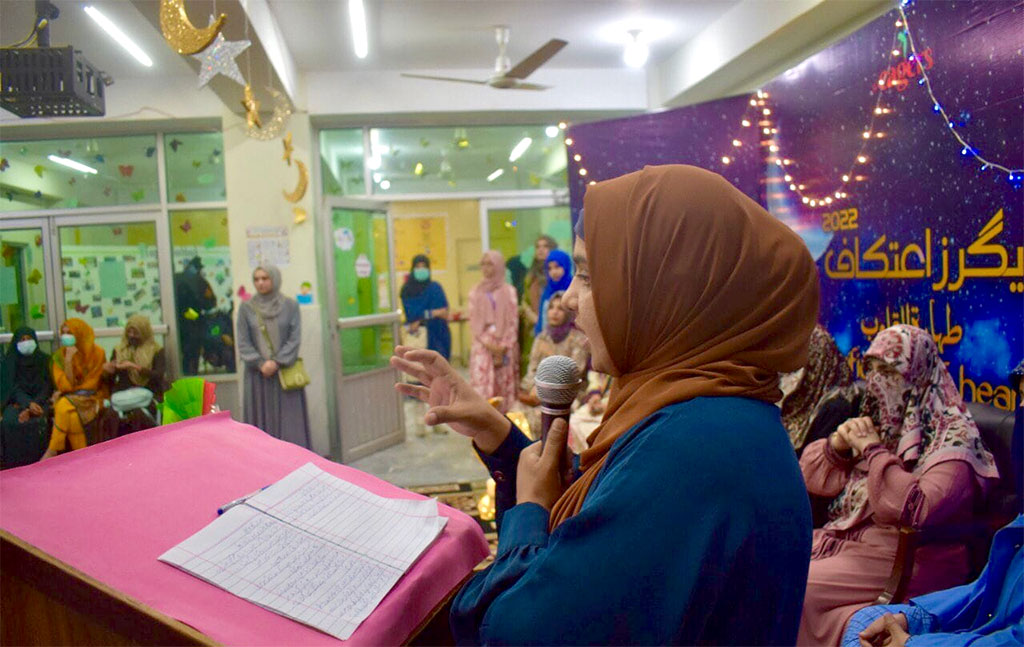 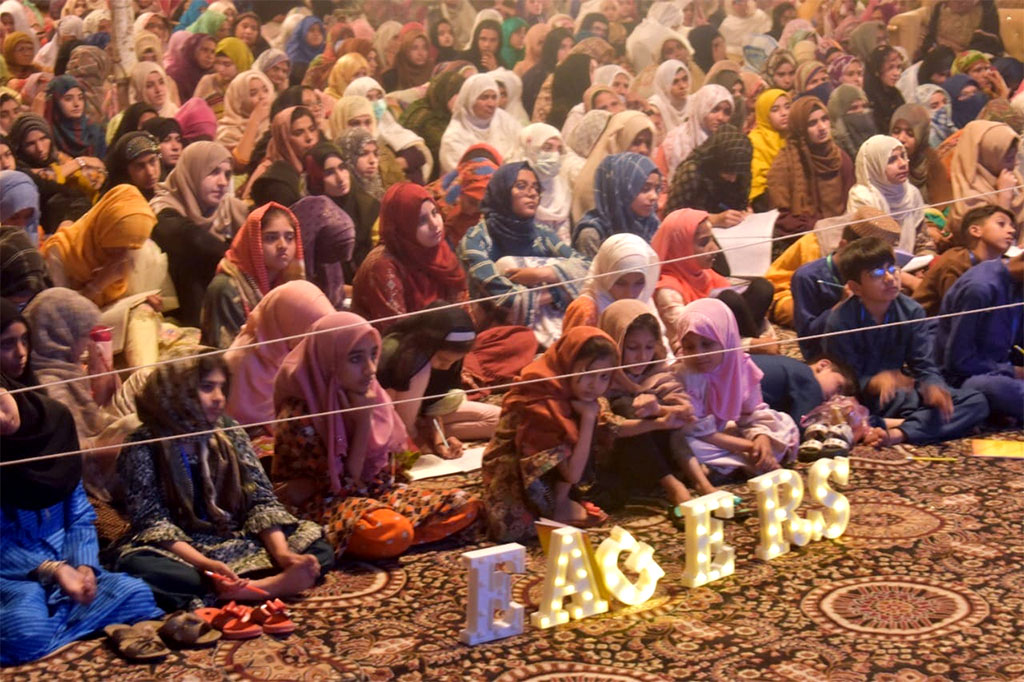 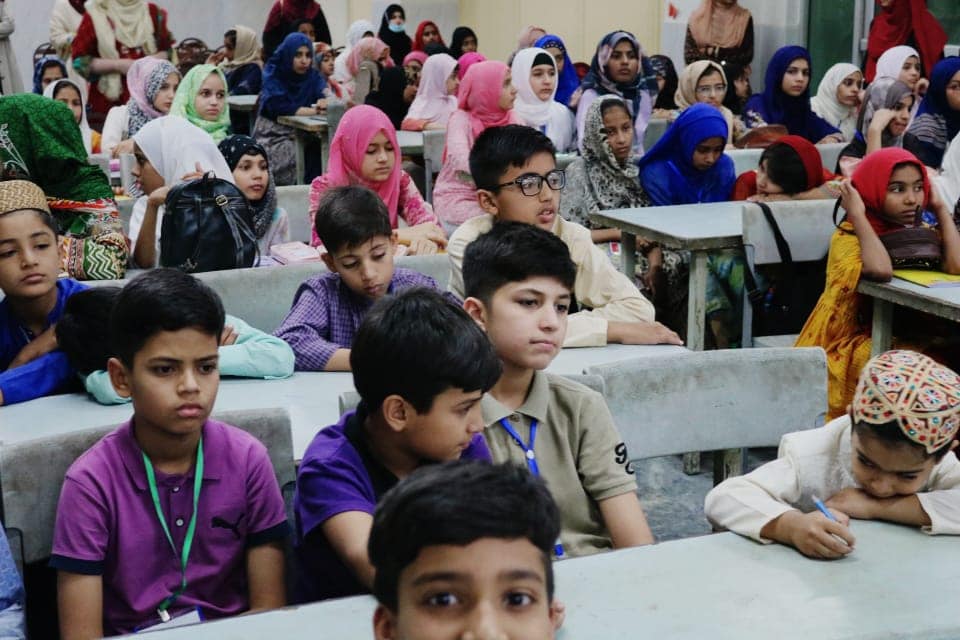 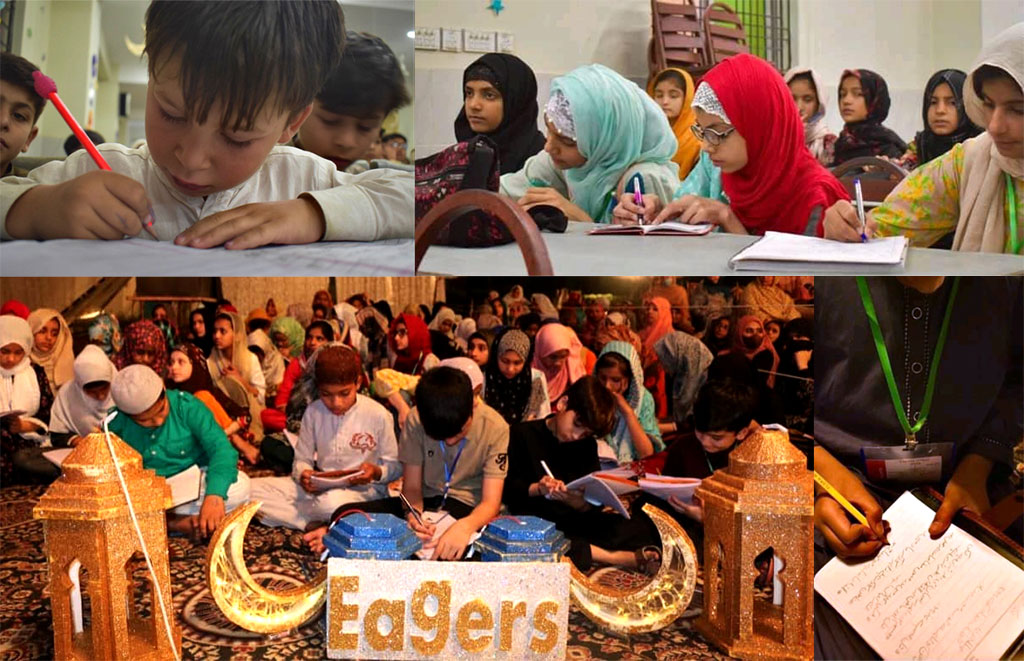 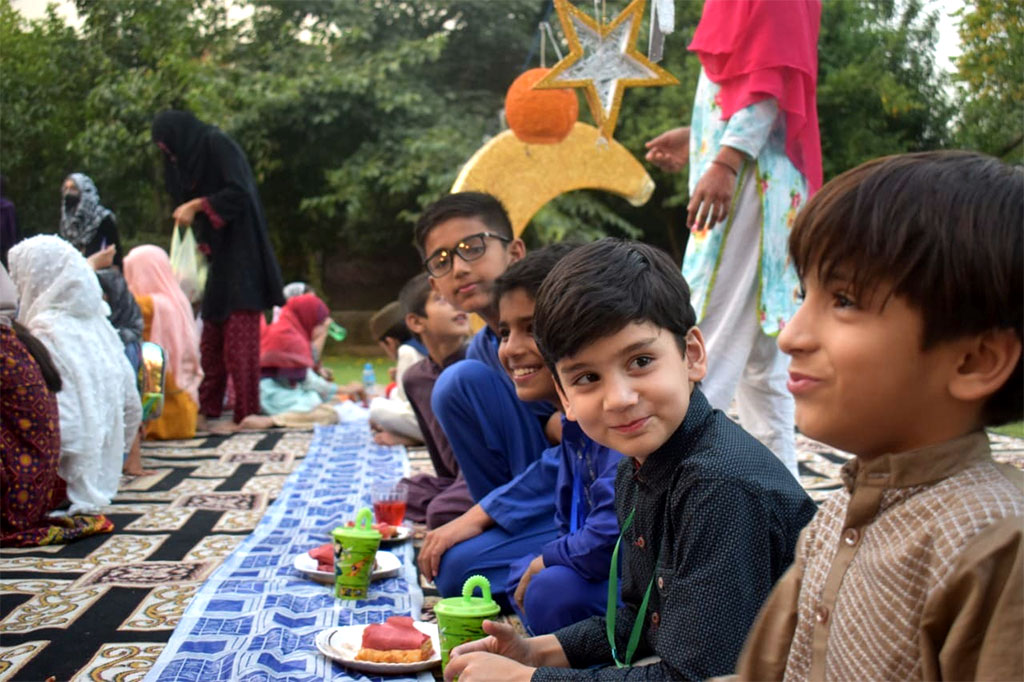