If faith is lost, everything is lost: Shaykh-ul-Islam Dr Muhammad Tahir-ul-Qadri

Shaykh-ul-Islam Dr Muhammad Tahir-ul-Qadri made these thought-provoking remarks while addressing thousands of the residents of Itikaf City on the third day of Itikaf 2022. He said that we hardly care to think whether we are violating the rights of others; and whether we are neglecting the rights of Allah Almighty and His creations. He said if we take care of these matters, Allah would become protector of our faith, morality and character. He asked the people to get rid of a life of neglect and negligence in every way possible.

Advising the youth attending Itikaf, Dr Tahir-ul-Qadri said that they should prioritize beautifying their morality and building their character; they should remain reverent and value time. He said that we would be unsuccessful both in this world and the hereafter if our character is corrupted and we are led astray. He said that a believer does not come to the world just to live and collect worldly possession. This world, he said, is a test case for him. He said that the purpose of this short life is to prepare for the Day of Judgment. He asked the youth to be in a state of ablution all the time; offer prayers five times a day; protect their sight and perform good deeds, adding that these things are the protector of the wealth of Iman.

Shaykh-ul-Islam said that the present century is the century of media, communication and information technology. He said that no technology is neither good nor bad per se, it is its use which makes it good or bad. He said that every youth has access to a mobile phone these days and now it is up to him whether he uses it for positive purposes or explores objectionable material on it. He directed the social media activists that they should consider digital media platforms the source of spreading the Islamic message of love, peace and harmony. He said that time spent on social media for the propagation of positive message and piety will be considered a form of worship.

Meanwhile, Durood circles and spiritual gatherings continued taking place in Itikaf City. The residents were given lessons on various aspects of Islamic teachings. A large number of women is also attending Itikaf City for whom separate arrangements have been made. 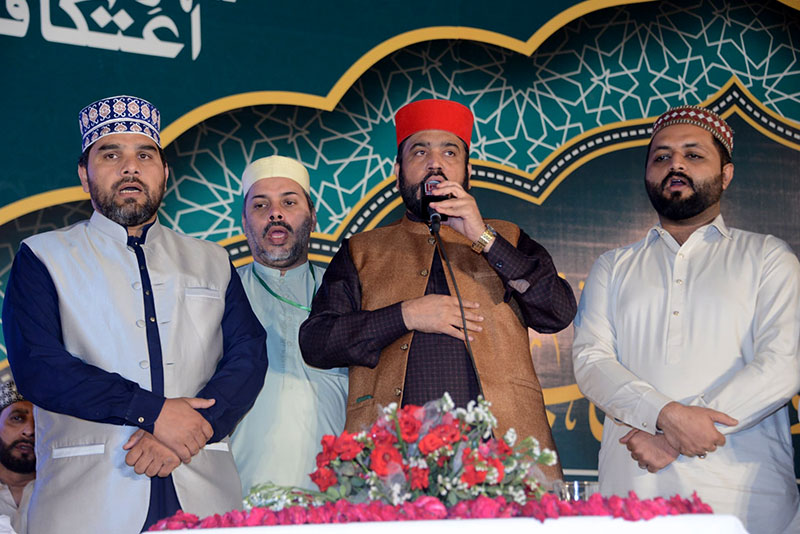